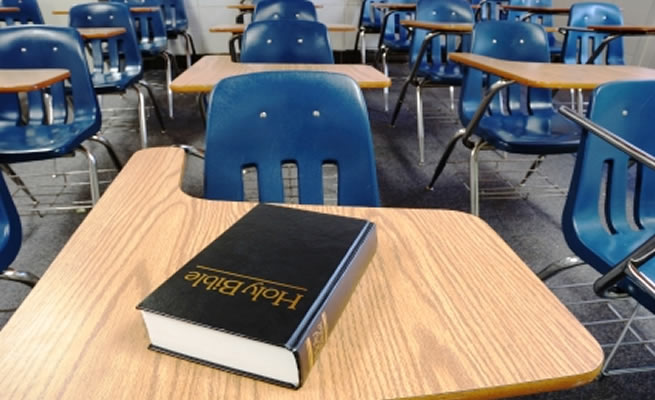 Should religion form a part of social education?

Religion is one of the most striking phenomena in human history. Numerous achievements and defeats, ups and downs, exploits and crimes both of the whole human race in general and of its individual representatives were somehow connected with religion or even directly motivated by it.

Most of the time of the historical existence of mankind, from the Paleolithic to the New Age and the Enlightenment (XVII-XVIII centuries), religion was a constant integral factor of human existence. To a large extent, it retains its influence today. In the age of computer technology, as well as thousands of years ago, a significant number of people profess a particular religion, refer themselves to one or another religious community.

All this, of course, testifies to the need to study religion. However, such studies may be different. There are three basic worldview positions in relation to religion: theological, philosophical and scientific.

Theology (the doctrine of God) is, so to speak, a research “from within”. It is based on the belief that the source of religion is a direct Divine Revelation (as, for example, in Hinduism, Zoroastrianism, Judaism, Christianity, Islam) or an “enlightenment” (Buddhism, Taoism, Confucianism). There should be a certain mystical experience (personal meeting with the supernatural) or epiphany (instantaneous discovery, a clear vision of the ontological nature of things).

Philosophy sees religion as an entity with a single principle, parts of which are various beliefs, sects, etc. However, the share of prejudiced attitude to religion is great here (as well as in the theological perspective). There is no unity among philosophers (and, apparently, it is just unattainable).

Religious and secular philosophy are fundamentally different in relation to religion. The former proceeds from a religious worldview and accepts it as the basis of its own philosophical constructs. The latter usually does not associate itself with the need for a balanced and impartial attitude to religion, forms its view on religion proceeding from the agnostic and even openly atheistic (anti-religious) approaches.

Exactly the scientific paradigm should be used as the basis for the courses in educational institutions. By the time of its appearance (the second half of the 19th century), this approach was a late attempt to study religion. It provides for the application of the principles of a scientific worldview: objectivity, causality (determinism), rationality, reproducibility, theoreticity, systemic nature, criticality, impartiality, a clear definition of the sources and methodology (the totality of means and methods of research).

The science of religion tries to compare different religious systems, to generalize the religious experience of different peoples from the point of view of its historical development and the current state.

The empirical basis of scientific research of religion consists of:

Modern scientific religious studies are a diversified sphere of knowledge that covers such fairly independent disciplines as philosophy, sociology, psychology, and geography of religion, various aspects of the essence and history of religion, its role and place in society and human life.

This is an introductory program aimed at giving a general idea of the phenomenon of religion from the standpoint of a scientific worldview, helping the young people to orient in the diversity of confessions, their origin, history, current state and relations, especially when it comes to the matters of religious experience of the native people and historically related religions.

Schools and universities should teach students to distinguish religion from pseudo-religious surrogates: superstitions, prejudices, unreliable ideological constructs, teachings, and cults, etc. At the same time, the greatest attention should be paid to the study of the history of religions as the most informative and interesting section, as well as to certain philosophical issues, without awareness of which an educated person cannot delve into this sphere.

Religion is out of science

Studying religion, one must bear in mind that such science is a little different from any natural science. Namely, we have a special subject of research here. It is considered outside of science, even confronts it to a certain extent. Of course, scientific methods can be used while studying the external signs of religion, but it is impossible to grasp the inner content, the meaning of religion. Therefore, scientific explanations cannot replace what the religion itself gives to people.

Science studies religion with an unbelieving eye. This is an advantage (in terms of its own goals), an impartiality, but also the limitation. Science can significantly expand the horizons of knowledge, in particular, in the field of religious history, but it cannot understand the religious meaning and significance of the facts. It can carry out analysis and criticism of the Holy texts, but cannot instill reverence associated with the Holy Scripture. If studies do not rely on deep inner religiosity, they turn into the collection of other people’s treasures, which makes one forget about his own poverty.

So, the presence of religious studies in the educational program of universities and schools is not accidental. Such lessons are the starting point of the spiritual development of young people. Although educational institutions do not impose any views, they encourage to think about higher philosophical issues. Teachers ask the students to write essays with reflections on the nature of the divine forces, various religious systems, rules, customs, and historical events. If you also need to prepare such a paper, the most reliable way to get a perfect result is to contact the specialists providing essay writing services.