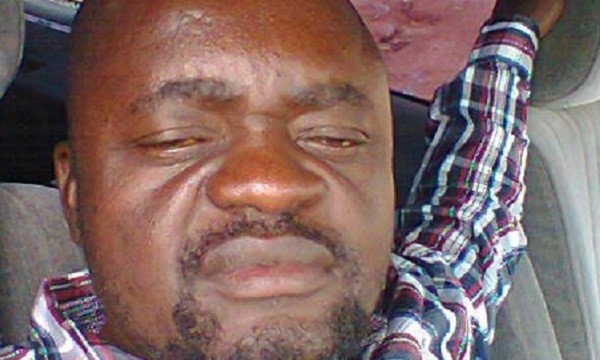 SEX took me to the ER! (Emergency Room).

That’s what happened to a polygamous Bulawayo man who is also a member of a popular Apostolic sect. He was admitted to an Intensive Care Unit (ICU) after he reportedly fainted during a sex romp with his talented lover-cum-churchmate at a city lodge.

It is alleged that he passed out while beneath the sheets with his lover-cum-churchmate only identified as Mai Manyange from Old Magwegwe.

Reports gathered by this publication are that Madziro suddenly collapsed and fell off a bed during a steamy sex romp with Mai Manyange at a lodge in Northend suburb (name withheld).

It is alleged that he collapsed after engaging “himself beyond the limit of sexual frenzy” and is also suspected to have taken one too many Viagra pills to keep him going.

Both Madziro and Mai Manyange are members of the Johanne Marange Apostolic Church and Madziro is reportedly married to four women while Manyange’s husband reportedly passed on five years ago.

“What happened is that on the near fateful day Madziro phoned Mai Manyange and they met in town before they proceeded to a lodge in Northend suburb. It is alleged that during the act Madziro started feeling dizzy before he suddenly collapsed and fell off a bed.

“Out of panic, Manyange alerted officials at the lodge who later phoned an ambulance that ferried Madziro to the hospital, where he spent about a month in the ICU. He came out of the ICT two days ago (Tuesday) and he is struggling to speak and as a result it’s still difficult to know what exactly transpired from his side,” said a relative who spoke on condition of anonymity.

The relative said Madziro was close to Manyange’s late husband as they came from the same area in Manicaland Province.

“Madziro was close to Manyange’s late husband as they came from the same area and he exploited the opportunity by falling in love with his wife,” said the relative.

B-Metro also learnt that the matter is now before the two’s church elders and were waiting for Madziro’s discharge from the hospital to know what exactly transpired.

When located for comment, a seemingly traumatised Manyange confirmed the incident saying it was “very traumatic and disturbing”.

“What you heard is true. But I am not at liberty to share with you intimate details of what really transpired as the matter is being handled by my late husband’s family and that of Madziro. What I can only say is that it was a very traumatic and disturbing experience,” said a teary Manyange.

She however, said it was not their first sexual encounter with Madziro when the near tragic incident occurred.

Madziro’s younger brother Luckson although he didn’t share “intimate” details of the shocking incident confirmed it.

An official at the lodge where the incident happened said they cannot comment on their guests “for privacy sake”.

According to research Madziro might have suffered an ardiogenic shock — a condition in which the heart fails to supply blood to the rest of the body. This can be caused by “dangerous heart rhythms”.