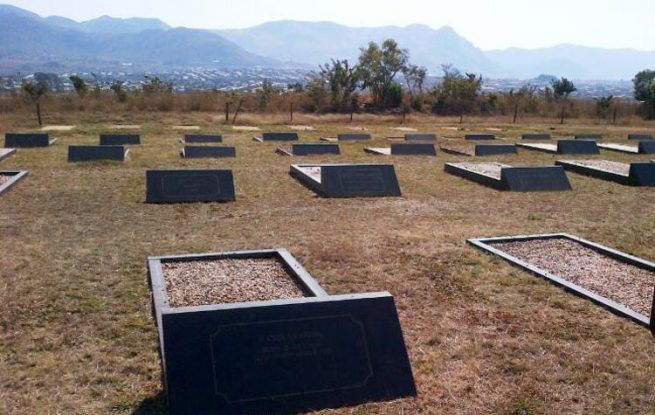 The late liberation war hero Cde Lovemore Zhakata has been buried at the Manicaland Provincial Heroes Acre where multitudes gathered to give him a befitting send off.

Speaking at the burial, Provincial Affairs Director Mr Kennedy Mugarisanwa, who represented the Manicaland Minister of State Dr Ellen Gwaradzimba, said Cde Zhakata, who passed on last Thursday, was a selfless cadre and a hard worker whose contribution during the liberation struggle and after independence should inspire Zimbabweans to value national interests ahead of personal benefits.

Mr Mugarisanwa described Cde Zhakata as a rare breed of people who used his own money and resources to finance the war of liberation and spearheaded a number of developmental projects after independence, adding that the country requires such courageous and result-oriented individuals like the late cadre.

“The late Cde sacrificed even his few resources to help advance the liberation cause. There are very few people who have a genuine desire to advance the interests of the country ahead of personal benefits,” said Cde Mugarisanwa.

Family spokesperson Deneck Kurira thanked government for recognising Cde Zhakata’s hard work towards the liberation and development of the country.

“We thank President Mnangagwa and his government for bestowing honour on Cde Zhakata, who is among the people who worked tirelessly for the liberation and development of the country,” Kurira said.

He worked for the then Rhodesian Railways in 1976 where he started supporting freedom fighters’ operations with his money and at the end of war he started transporting comrades from the war front to various assembly points like Dzapasi.

He rose through the ranks in the Zanu PF party, holding positions that include the party’s youth league chair in Sakubva and assumed the councillor position for two terms and upon retirement from active politics he was a DCC member.

He is survived by his wife Gertrude Zhakata and five children.