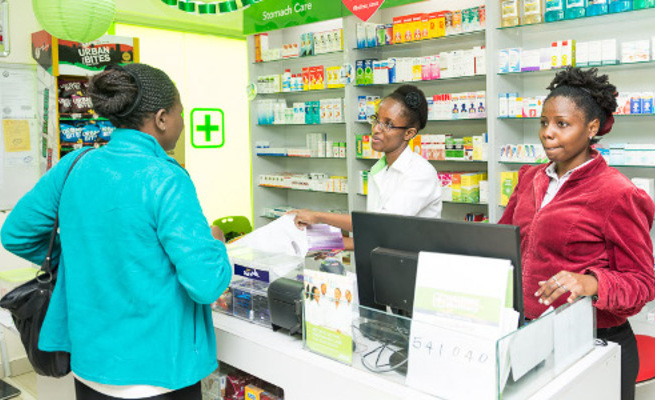 GOVERNMENT has directed pharmacies to stop demanding foreign currency from patients for drugs which are now available locally through NatPharm.

In an interview at the close of the 67th East, Central and Southern Africa (ECSA) Health Community (Ministers of Health conference) in Victoria Falls yesterday, the deputy Minister of Health and Child Care, Dr John Mangwiro, said Government capacitated NatPharm to import and supply medicines to hospitals and pharmacies using local payment systems.

He said pharmacies have no reason to demand foreign currency because they are buying the medicines locally from NatPharm.

“Drugs are still a problem but the situation is improving because we have moved to capacitate NatPharm to sell to private pharmacies and also supply Government health facilities with drugs,” said Dr Mangwiro.

“This will allow patients to get drugs at a much cheaper price and there is no need for pharmacies to demand foreign currency because they are using Real Time Gross Settlement or swipe to pay for the drugs at NatPharm. We have said NatPharm should import and distribute.”

A majority of citizens especially in border towns prefer to seek treatment and buy medicines in neighbouring countries where prices are significantly low.

“People must try to go to public hospitals. We know they say there are no drugs but we have asked NatPharm to avail medicines because it’s the Government pharmacy and arm for distributing drugs,” he said.

Last month, Government availed nearly US$7 million for the purchase of medicines following a near crisis after pharmacies started closing their doors due to lack of foreign currency to import drugs.

Those that remained operational resorted to charging in United States dollars while some increased their prices by up to 300 percent which patients could not afford.

The Pharmaceutical Society of Zimbabwe recently said at least US$4 million is required to import drugs especially for chronic illnesses weekly.

Dr Mangwiro said plans are also underway to establish specialist hospital facilities in strategic towns and all the country’s provinces as this is key to attainment of an upper middle income economy.

“Specialist hospitals are an essential entity for the country and in Victoria Falls this will be looking after tourists and people from the region. There will be a specialist hospital in all provinces because tourism is everywhere and attaining the upper middle income economy means special care,” he said.

He, however, encouraged Zimbabweans to stop going to other countries for treatment which they can get locally. While officially closing the conference earlier, Dr Mangwiro said Zimbabwe remains committed to the aspirations of ECSA and fostering collaboration for better health in the region. He challenged member States to remain focused and prioritise healthcare.

Responding to Government’s directive, Pharmaceutical Society of Zimbabwe spokesperson Mr Portifa Mwendera said issues of supply remained at the centre of pricing of pharmaceutical products. “The supply issues have not been dealt with adequately and as such shortages and demand to fund imports are still existent,” he said. “The importers have not received adequate foreign currency allocations to make a significant impact on the market.”

Mr Mwendera said to date, the industry only received about $9,9 million from which $6,7 million was in form of letters of credit.

He said the private sector required at least US$2 million every week to meet demand.

“All recipients of the letters of credit are indicating that their banks are at various stages of implementation, with most still waiting for acceptance at the supplier end,” said Mr Mwendera. He said presently, private pharmaceuticals were able to procure insulins from Natpharm, some products from Caps Pharmaceuticals and contraceptives from the Zimbabwe National Family Planning Council using Real Time Gross Settlement.

Asked about the exorbitant US dollar pricing regime by other retailers, Mr Mwendera said pricing was dependant on how the retailer would have sourced medicines. He said prices were now returning to normal as industry players were sharing cost information on available and affordable stocks.

Regarding reimbursements to service providers, the Association of Healthcare Funders of Zimbabwe said on average societies were settling claims within seven to 14 days.

AHFOZ chief executive Mrs Shylet Sanyanga said there were some providers who were accepting medical aid cards while others were demanding cash.