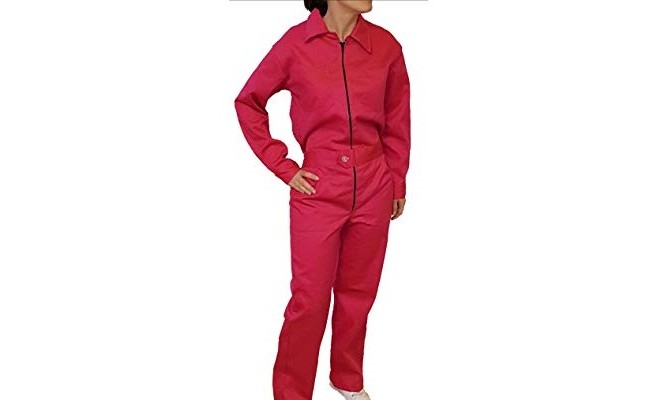 ARMED and dangerous!
Lorraine Ngwenya used to sleep wearing an overall with a knife and knobkerrie to keep her husband, Melusi Ngwenya, away from sleeping with her.

This move by Lorraine kept her husband living in a state of continuous fear due to the harassment.

As such he prayed to the court saying his wife was both physically and emotionally abusive while stating that her behaviour has irretrievably broken down the union.

“I am married to Lorraine Ngwenya under Marriages Act Chapter 5:11 and the marriage still subsists. She has turned violent and has beaten me several times using fists and knobkerrie. She also bites me and has poured hot cooking oil on me.

“She also threatens to burn the company house. She also insults me and my relatives, saying they are dogs,” sobbed Melusi as he reeled out his grievances before the court.

He added: “She has also been denying me my conjugal rights. She always sleeps in her clothes for the past two-and-a- half months. She is also in the habit of abusing the family finances”.

He said he was no longer interested in the marriage and has since issued summons for divorce.

He went on to allege that she was also in the habit of chasing their daughter from home saying there cannot be two women in one house.

In her opposing affidavit, Lorraine didn’t dispute her husband’s allegations. She infact accused him of being unfaithful.

“We have reached a point where our differences are irreconcilable. This is largely attributed to his second marriage and child born out of wedlock. He is unfaithful in the use of his money which is why we always tend to quarrel over money.

“However, I have been advised and which advise I accept that I ought not to take matters into my hands but seek for maintenance instead. As such I conceded that a protection order in his favour be granted restraining me from physically and verbally abusing him.

“However, I contest the relief he seeks that I be ordered out of our matrimonial home before the finalisation of the pending divorce matter he states that he instituted,” responded Lorraine.

By consent, the presiding magistrate Tinashe Tashaya ordered Lorraine not to verbally, physically and emotionally abuse her husband.