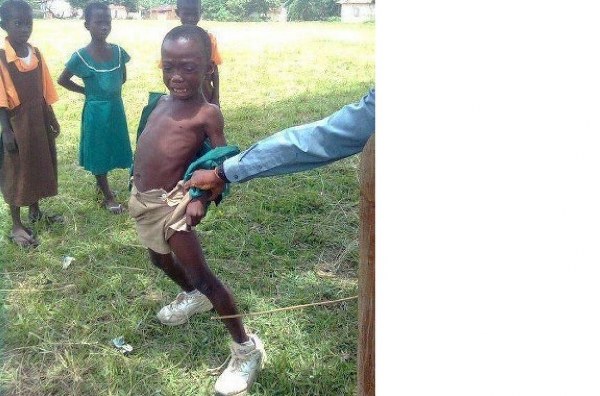 A HONDE VALLEY teacher must have been intoxicated with anger when she beat and injured a grade one pupil on the eye for making noise in class and later assaulted two police officers who had come to investigate the assault case.

This was revealed on Monday at Mutasa magistrates’ court where 40-year-old Constance Murahwa, a teacher at Muparutsa Primary School in Honde Valley, appeared before magistrate, Mr Misheck Munyaradzi facing two counts of assault and resisting a police officer as defined in Section 176 of the Criminal Law Codification and Reform Act Chapter 9:23.

According to court papers obtained by this newspaper, it is the state case, led by prosecutor Mr Tavonga Masara that on November 6 at Muparutsa Primary School, Murahwa accused the grade one pupil of making noise in class.

Murahwa hit the pupil with a lantana stick on his left eye intending to cause bodily harm or realising that there was real risk or possibility that bodily harm may result.

A medical report by a general practitioner attached to the court papers as exhibit confirmed that the grade one pupil suffered a swollen left eye and bruises around the wound.

Two days later, it is also alleged that Murahwa assaulted or resisted police officers who approached her over the corporal punishment case.

The accused allegedly assaulted or by violent means resisted constables Guide Tamirepi and Mazvita Masamvu in the course of their duty.

Upon being told that she was under arrest for one count of assault, the accused person refused to freely escort the police officers to the police station and had to be handcuffed.

In a fit of rage, Murahwa allegedly grabbed Constable Tamirepi by his collar and a button fell off his uniform shirt before she went on to step on Constable Masamvu’s feet in spirited resistance, as they sought to handcuff her.

Murahwa, who is pleading not guilty to both charges, was remanded out of custody to December 10 on free bail.