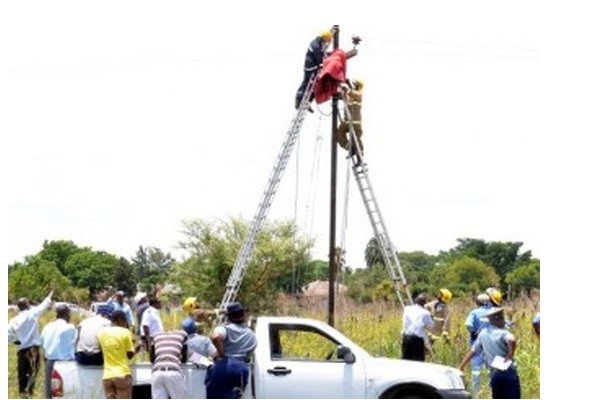 An employee with the Zimbabwe Electricity Supply Authority (Zesa) Gutu depot died last week Saturday at Chisheche business centre around 9:00hrs while trying to illegally connect a shop to the national grid.

Masvingo provincial police spokesperson, Inspector Charity Mazula although said she had heard about the case, she did not have finer details.

“I have heard about the case but I haven’t been able to get in touch with the officer in charge of Gutu district,” said Mazula, warning members of the public of the public not to attempt illegal electricity connections.

Sources said Shadreck Mutenheri (37) was invited by his brother and a Joseph Nyangove to go and assist them to connect the business premise to electricity, claiming they had been given a tender by a contractor from Rutenga.

It is said that his brother climbed onto an electricity pole to make the connections, but Mutenheri later demanded to be allowed to complete the work as he could do it quicker.

It is further said that as he climbed up the pole barefooted, he stepped on a live wire and got burnt, with smoke coming out of his mouth. The other accomplices ran away but came back later to retrieve the body and rush it to Gutu Mission Hospital.

The deceased, who was buried at Chatsworth in Gutu West on Tuesday, is survived by a wife and three children.