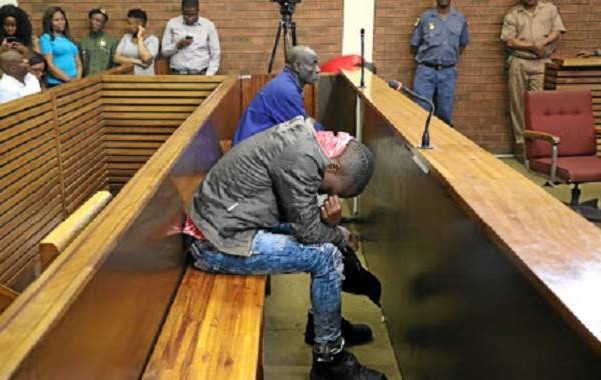 A MAN suspected to be Zimbabwean was arrested in South Africa for reportedly killing seven members of a South African family after raping three of them.

The man (27) allegedly introduced himself to the Khoza family based in Vlakfontein, south of Johannesburg via Facebook, by claiming that he was a long lost relative by the name of Sibusiso Khoza.

Media reports in South Africa say after introducing himself to the family, Khoza raped three members of the family before murdering three women and four children with the aid of an accomplice, Fita Khupe (61).

The family members were reportedly discovered buried under mounds of soil inside their home in Gauteng after neighbours complained of a stench.

Reports said Khoza was arrested in Mpumalanga‚ near the Lebombo border post‚ where he was found in possession of bank cards belonging to two of the victims while Khupe was arrested in Dobsonville, Soweto.

They are both facing seven charges of premeditated murder and the pair is expected to appear in the Lenasia Magistrate’s Court on Tuesday.

According to the reports, the case was postponed from Monday last week after the lawyer representing Khoza, Makau Sekgatja, told the court that his client wanted to apply for bail.

Khoza and his co-accused, Khupe, are being accused of killing seven family members, including three women and four children.

Prosecutors say the murder was a “well-orchestrated” crime.

TimesLIVE also reported that one of the murdered women‚ Nomfundo Khoza‚ had sent frantic WhatsApp messages to her family moments before she died‚ but when they phoned back‚ there was no answer.

Police discovered the bodies on October 29 after neighbours reported a stench‚ leading authorities to the bodies of the three women and four children.

Zimbabwe’s Consul General to South Africa Batiraishe Mukonoweshuro yesterday said he could not comment on the issue since the case was before the courts.

He, however, said the man could be from Mozambique since he was caught close to the South Africa/ Mozambique border post.