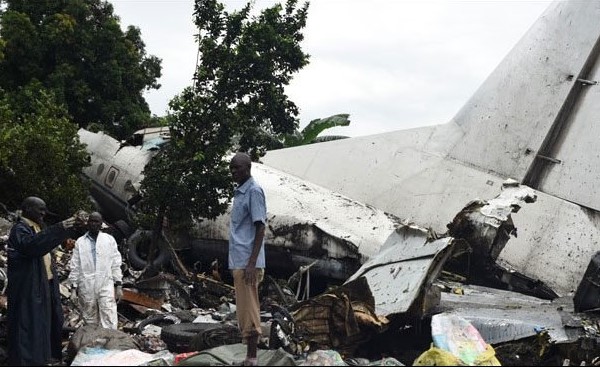 Police have refuted claims that villagers in Nyajena communal lands in Masvingo South looted wards of cash — both hard currency and local bond notes — from the wreckage of a Cessna light aircraft that crashed in a hill near Renco Mine, killing all five passengers last Friday.

The plane, which was heading to Victoria Falls with Chiredzi conservancy operator Mr Barry Style in the cockpit, had taken off from Buffalo Range Airport before it crashed at Chamanjenjere Hills in the Tokwane-Ngundu area at around 0740hrs.

Mr Style and his four passengers perished in the crash, whose cause is not yet known, although preliminary reports indicate that the plane started disintegrating while it was airborne.

Reports went viral on social media over the weekend that Nyajena villagers were left counting their lucky stars in the wake of the plane crash after allegedly looting wards of cash mainly US$ notes.

He said police actually recovered hard currency cash and bond notes together with other valuables from the plane debris.

“We do not have reports that any cash or valuables were looted by anyone from the Nyajena plane crash site and in actual fact we recovered about $500 in bond notes and over US$400, among other valuables, from the plane’s wreckage,” said Asst Insp Dhewa.

He said blood-stained wallets containing bond notes and US dollars were recovered and handed over to the police.

“Nobody took any cash from what I know and in fact $500 in bond notes and about US$405 was found in some wallets that were found at the wreckage,” said Cde Maronge.

“The wallets also contained Visa cards and this property was secured and handed over to the police, our people are conservatives and would not dare taking valuables in the event of such as mishap.”

Cde Maronge said traditional leaders and elders in the Nyajena area were stunned by the horror plane crash and were mulling conducting cleansing rituals to appease the dead.

Police and teams from the Civil Aviation Authority of Zimbabwe swiftly moved in to secure the plane crash site where debris was scattered as investigations into the cause of the crash continued.