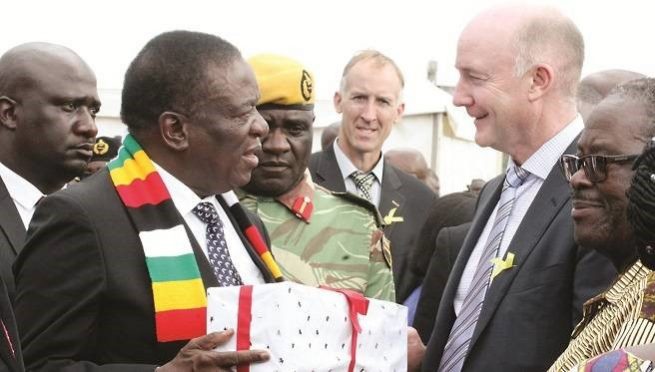 President Emmerson Mnangagwa yesterday officiated at the ground breaking ceremony of the Arcadia Lithium Mine in Goromonzi that will see an initial investment of $165 million being put into the project.

The project, which is being spearheaded by Australian company, Prospect Resources, is expected to employ over 700 people in its first phase and construction of other amenities like roads, schools and houses.

President Mnangagwa said the opening of the mine was in line with Government’s policy to industrialise the country.

“The opening of this new mine is in line with my Government’s quest to leapfrog the industrialisation and modernisation of the country,” he said. “I commend Prospect Resources Limited for this milestone achievement which will go a long way towards the development of our country.

“Zimbabwe is host to abundant natural resources and highly diversified mineral resource endowments of which lithium is one of them.”

President Mnangagwa said lithium was expected to be one of the key mining-subsectors that will play an important role in the turnaround of the economy.

He said mining was critical to achievement of Vision 2030 of making the country an upper middle income economy.

“In this regard, we continue to implement comprehensive reforms to enhance our country’s competitiveness in this and other sectors, within the context of regional and global trends,” said President Mnangagwa.

He commended the Ministry of Mines and Mining Development and other stakeholders for expediting the opening of the mine.

“In keeping with the spirit of our ongoing ease and cost of doing business reforms, I applaud the Ministry of Mines and Mining Development and other regulatory entities for efficiently facilitating and completing the regulatory approvals to enable this project to kick-start,” he said.

“This in-turn allowed investors to consolidate their preparatory work and mobilise project financing, resulting in this ground breaking ceremony.”

“I look forward to the immediate commencement of this project with the setting up of an open cast mine that will be part of an integrated project which also includes mineral processing plants,” he said.

“As the project is implemented, wealth and job creation as well as the improved standard of living of our people must be inextricable components of your business model.

“I have heard that more than 700 jobs will be created and it will mostly be local and as Government we are grateful for that.”

President Mnangagwa said other benefits of the project included transfer of technologies and skills and development of new competencies.

“Equally as we widen the range of minerals exploited in our country, we urge mining companies to create value chain linkages and strategic partnerships with institutions of higher learning through deliberate training to equip locals with the requisite skills and technical know-how,” he said.

Zimbabwe has one of the largest lithium reserves in Africa, with confirmed deposits in Bikita, Goromonzi and Kamativi.

The Arcadia Mine is expected to produce 2,5 million tonnes of lithium per year when it reaches optimum production.