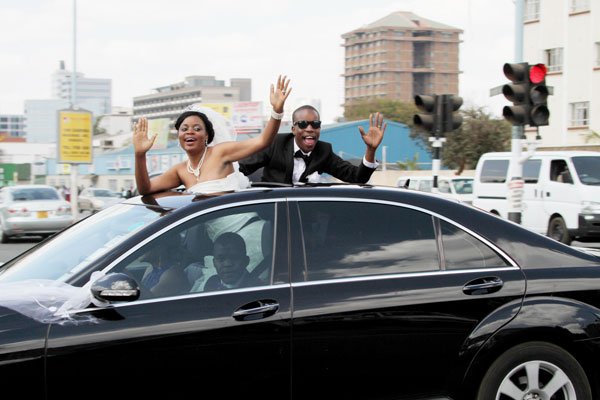 The two were embroiled in a bitter domestic dispute, resulting in Sharon filing domestic violence charges against her husband.

In the divorce summons, however, Sharon said the relationship between the two could not be mended and accused Munetsi of physically assaulting her and engaging in adultery.

Sharon said they had not acquired any assets of value, except for a few wedding gifts, most of which had not yet been delivered to them by the time she filed for divorce.

In her affidavit, Sharon said when she petitioned the court for divorce, she had already fallen pregnant and Munetsi was responsible for it.

Munetsi, however, denied responsibility, saying he had not been intimate with Sharon because she was on medication for a sexually-transmitted illness.

The couple’s divorce turned nasty after an exchange of scurrilous accusations.

In a different but related matter, popular musician Plaxedes Machuma Joka, popularly known as Plaxedes Wenyika, was also granted a decree of divorce against her husband, businessman Mika Joka, 13 years after they tied the knot.

Wenyika filed for divorce, citing irreconcilable differences with Joka, who is the founder of Corporate 24 Medical Centre.