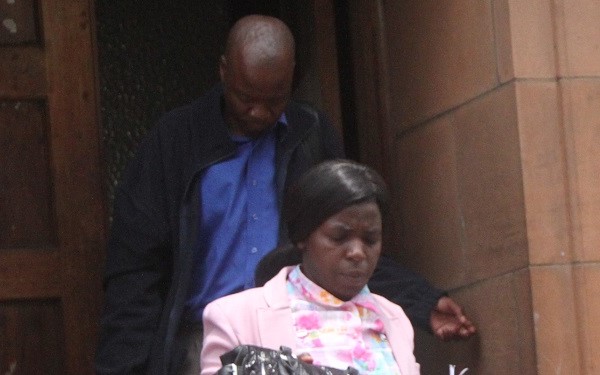 A woman in Bulawayo who was apparently cheating on her husband was busted by her spouse while chatting with her alleged lover in the middle of the night.

Angered by the discovery, the man, Joseph Mudakuvaka reportedly hit his “philandering” wife Marrian Moyo, a teacher at Sikhulile High School in Bulawayo before he pushed her off the bed.

Mudakuvaka said after busting his wife having a conversation with another man, apparently out of shame, she packed her bags and moved out of their matrimonial house, leaving him behind with their three children.

But instead of apologising, Moyo approached the Civil Court and sought a protection order against her husband claiming he was abusive.

“I am customarily married to Joseph Mudakuvaka who is verbally, physically and emotionally abusing me in front of the children. The latest incident being on 27 October when he physically assaulted me before he dragged me out of the house and it was around midnight. He also chucked me out of the house when I was sick and is not financially supporting the family,” complained Moyo.

She said as a result of her husband’s abusive behaviour, her love for him was “dead”.

In response Mudakuvaka shamed his wife saying he assaulted her out of anger after he caught her sending “adulterous” text messages to another man in the middle of the night.

“The reason why I assaulted her is that I caught her chatting to her lover in the middle of the night. I don’t have problems with her application for a protection order since I no longer had anything to do with her. Since she ran away from the children I am also planning to sue her for maintenance,” said Mudakuvaka.

But instead of making Moyo a laughing stock in court, she became a figure of sympathy when the presiding magistrate Tinashe Tashaya granted the order in her favour.

From the ruling Mudakuvaka was also reminded that adultery was not a crime, whereas assaulting and degrading someone is, when the magistrate ordered him not to verbally, physically and emotionally abuse his now estranged wife and not to visit her workplace and where she is currently staying.