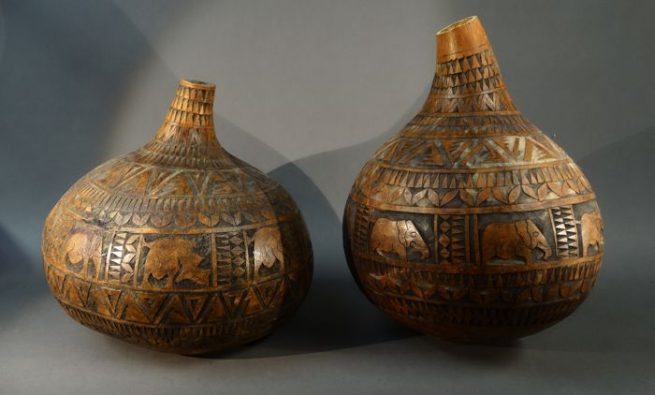 TWO Epworth teenagers suspected of killing a sex worker, Samantha Hlahla have been arrested two weeks after her burial.

Samantha was murdered in cold blood two weeks ago in the Avenues area while her property and money was stolen.

The two, aged 16 and 17, were found in possession of calabashes with blood in Epworth where they were arrested.

They are in police custody assisting with investigations. They are expected to appear in court today.

It is alleged that the duo committed the offence for rituals in order to get a fortune.

In desperation, it is alleged, they killed the unsuspecting Samantha who was their regular client.

“I haven’t received the case.”

A close source said the two were regular clients to the deceased (Samantha) when the incident occurred.

“Samantha was not suspecting anything bad from the duo on the fateful day since they were her regular clients.

“She just thought they wanted usual services not knowing they were up for other deals.

“Vakabva vabaya naye paden pake before they killed her and took some of her goods.”

The source said, the crime was committed by individuals who knew everything about Samantha.

“No one could have committed such a crime without knowing the deceased in person because they took her property, who could do that asingazive mafambiro aSamantha.”

Further emerging details are that two teenagers had sought help from a Sangoma based in Mbare on how to get rich in the quickest way.

“They wanted money without sweating for it and to start up their adventure they asked for love potion to see if it works.

“Vakabva vapihwa mushonga love potion and it worked well before they returned to see the sangoma over how to get rich,” said the source.

Further allegations are that the Sangoma advised the teenagers that they should kill to meet the demands of the rituals.

“The sangoma gave them mushonga vekuromba and advised them to kill to make the deal work.

“He then demanded money for the work and was promised that they would pay after the rituals worked.

“They then hatched a plan and lured the unsuspecting Samantha since they knew each other as her regular clients,” said the source.

“So on the fateful day Samantha took them to her place of residence where she was murdered before they took her property.

“So after committing the offence, these two vanenge vakabva vatengesa the loot and paid the Sangoma.”

All hell broke loose on Tuesday, when detectives investigating the case ambushed the unsuspecting teenagers while they were sleeping at their Epworth house, leading to their arrest.

“Vafana ava vakazobatwa vakavarairwa and they were expecting to start getting proceeds from their ritual murder.

“So we are yet to see what their actual intention was and whether if it was going to work for them.”

Samantha was buried at Zororo Memorial Park along Seke Road.