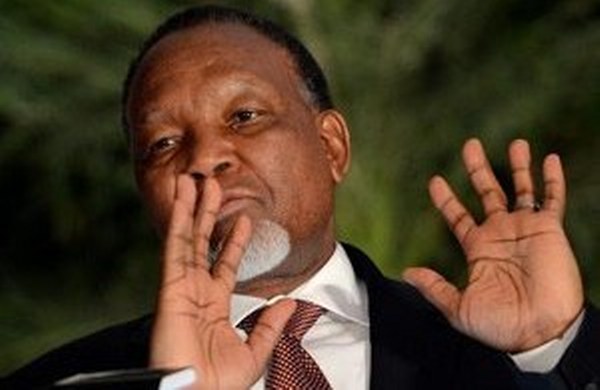 Retired army colonel, Elliot Piki has blamed Commission of Enquiry chairperson Kgalema Motlanthe for his abduction, suggesting that he should help the Zimbabwe Republic Police with information that can lead to the arrest of his abductors.

Piki was allegedly abducted at his home on November 25 a day before he was supposed to appear before the Commission of Inquiry giving his testimony on the August 1 killings.

His lawyers Mbidzo Muchadehama and Makoni wrote a letter to Motlanthe suggesting that he is key to finding his abductors as he leaked a confidential document containing Piki’s testimony.

The document reportedly contained information on how the army was responsible for the post-election violence that led to the murder of six civilians.

“Our client disclosed intimate details outlining how the Zimbabwe National Army was being used as a weapon of violence against any opposing forces to the ruling Zanu PF party and government, as well as the role played by the army in the 1st of August shootings, because of his trust in you he thought you were going to treat the document with the confidentiality that it deserves. Our client advises that you are responsible for his abduction, inhuman and degrading treatment and attempted assassination by his abductors. He reserves his right to take legal action against yourself,” the lawyers said.

Muchadehama and Makoni said during his horrific experience Piki discovered that his documented testimony was the reason behind the kidnapping.

“Our client advises that the abductors were continuously referring to the contents of the document which he had submitted to you and which was known by yourself and no one else. “He further advises that from this horrific experience, he learnt that the sole reason behind his abduction and attempted assassination was that document which he intended to use during his testimony before the commission,” the letter said.

Despite confirmation that the letter had been submitted, Commission of Inquiry spokesperson John Masuku said he was yet to verify if the secretariat was in possession of such a memo.

Piki’s lawyers have advised Motlanthe to reveal the identity of the people whom he shared the document with.

They also requested that Motlanthe helps the ZRP with information that could lead to the arrest of his abductors and guarantee his safety before they would hold him responsible for the kidnapping.

“Meanwhile, our client requests you to assist the police with investigations as he believes you are key to finding his abductors and bring them to justice.

“You impress it upon the authorities that the safety of our client was compromised and that they should give an undertaking to guarantee his safety, otherwise we would not hesitate to hold you responsible,” Muchadehama and Makoni added.

However, Zimbabwe Defence Forces (ZDF) has dismissed Piki’s kidnap story alleging the senior officer was discharged from the army for having an affair with his subordinate’s wife.

“We are disturbed by false allegations peddled in some sections of the private media insinuating that… Piki, a former member of the Zimbabwe National Army, was abducted by masked armed men suspected to be State security agents using a vehicle similar to those allocated for use by senior Zimbabwe National Army officers,” said Col Mugwisi.

“While it is true that Piki once served in the Zimbabwe National Army as a senior officer, he is not a retired colonel.

“He became an ordinary citizen after losing his commission when he was tried, convicted and cashiered by a General Court Martial for scandalous conduct of an officer on August 8, 2013.

This comes as the Commission of Inquiry last week concluded investigations into the August 1 killings after gathering testimonies from different individuals and organizations in Harare, Bulawayo, Gweru and Mutare.

The public hearings which were characterized by interesting and dramatic testimonies began in October.

The Commission has since submitted it Executive Summary to the presidents and is expected to give him the full report before end of the month.