The ruling Zanu-PF’s Deputy Secretary for the Youth League, Lewis Matutu has called on Zimbabweans to boycott artists such as Chimurenga legend Thomas Mapfumo, alleging that they are divisive and disrespectful.

Matutu referred to Mapfumo’s poorly attended show in Bulawayo which he blamed on the musician’s decision to compose songs against the ruling party.

Mapfumo also failed to perform in Gweru after organisers failed to connect a power cable to the stage, which resulted in poor lighting. The event was eventually abandoned at 1 AM.

“Thomas Mapfumo used to be a great musician especially during his early days opposition politics brought him down his shows are now being attended by less than 200 people Zimbabweans don’t support divisive and disrespectful artists.” 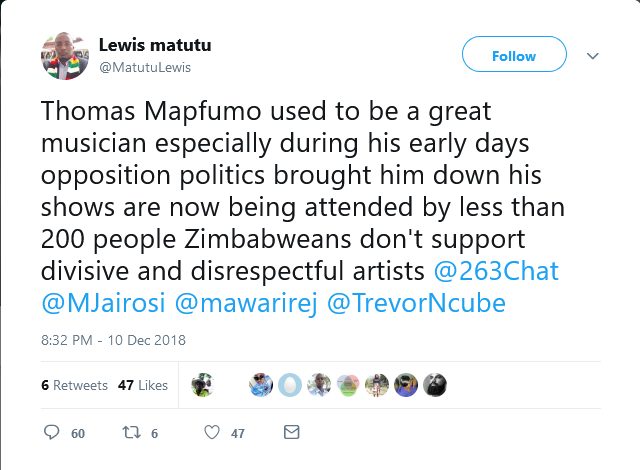