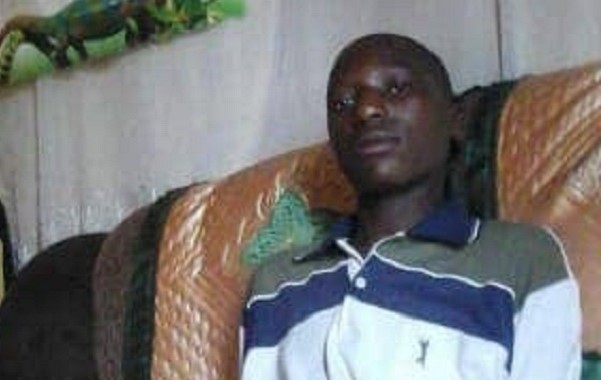 A POST mortem report has revealed that a Form Three pupil at Founders High School in Bulawayo who was found dead in a bush near Nketa High School was not murdered but died due to excessive alcohol consumption.

The decomposing body of Prichard Ndlovu from Nkulumane suburb was found on Tuesday afternoon after he had gone missing on Saturday.

The schoolboy’s body was found by a Nketa High School caretaker, a walking distance from his home.

He is alleged to have spent the whole day on Saturday drinking alcohol with his friends at a sports bar in Nketa 6, before being involved in a teenage gang fight at around 9PM.

Prichard’s family alleged that he was killed and his body was dumped. The boy parents are based in South Africa and he lived with his younger siblings.

Prichard’s aunt, Ms Maenni Ndlovu, yesterday said they were shocked to receive a post mortem report indicating that he died due to alcohol intoxication. Ms Ndlovu said the family received the postmortem report on Wednesday at the United Bulawayo Hospitals.

“It still doesn’t make sense to me that the post mortem report says that he died due to alcohol intoxication. We have his friends confirming that they were assaulted by another gang. His body was found with visible wounds and was swollen in some parts which the police confirmed when he was found. But to then say he died due to alcohol intoxication is very strange and confusing. We have no confidence in the released postmortem report,” said Ms Ndlovu.

She said the postmortem report exonerates alleged criminals who might have killed her nephew.

Ms Ndlovu said what worries her is that this is the second incident within two weeks in which someone was attacked, only for the post-mortem report to say the cause of death was excessive alcohol consumption.

“There is that Mpopoma incident where three suspects were released after a postmortem report revealed that the individual died due to intoxication. How does murder change to intoxication? Was due diligence done in these cases? I don’t think so,” said Ms Ndlovu.

In the Mpopoma suburb incident that occurred early this month, Farai Moyo (28) was allegedly assaulted at Patatapa Beer Hall and was rushed to Mpilo Central Hospital on the following day and died hours later. Moyo’s family learnt through drunken mourners that he had been assaulted in the beer garden leading to the arrest of three suspects.

A post mortem report exonerated the trio leading to their release by the police.

“We’ve received a postmortem report which revealed that the victim died due to alcohol intoxication. This means we are no longer investigating any murder as per our earlier report. Our investigations in such cases are always guided by the doctors’ report. We can’t move forward to arrest individuals when the postmortem says the death was due to alcohol abuse,” she said. Chief Insp Simango urged parents and guardians to take a keen interest in the activities of their children.

She said parents should ensure that their children do not abuse drugs and beer.

“It’s sad that a young life was lost but as parents we should monitor children’s activities because whatever they get themselves into, it will come back to us as adults. It does not make a sense that a Form Three child is not at home by 9PM,” said Chief Insp Simango.