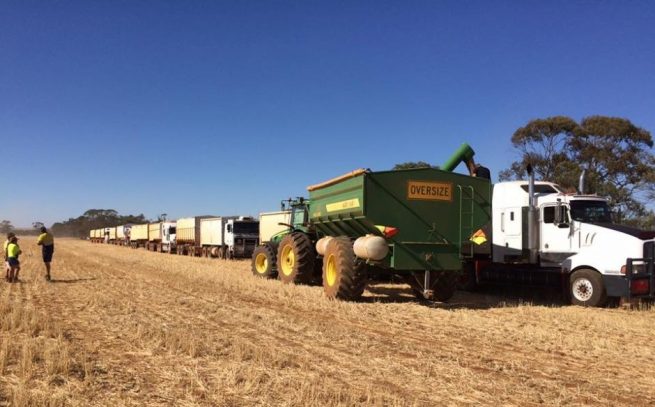 Zimbabwe’s major wheat supplier has threatened to cut supplies due to non-payment, the Daily News can report.

The cash-strapped government is reportedly failing to pay Holbund Limited, one of the few remaining companies that is still supplying wheat to the landlocked nation.

In a letter seen by the Daily News, representatives of Holbund Limited said although wheat supplies have already docked, they cannot be transported to Zimbabwe because of non-payment.

To supply the 30 000 metric tonnes of wheat to the Grain Millers Association of Zimbabwe (GMAZ), Holbund requires an upfront payment of $12 million, an amount they say has not been complied with.

“We have not received any payment to date, hence if we don’t have any payment by close of business Tuesday, we apologise that we will not be able to reserve wheat and we will be forced to offload the quantity assigned to Zimbabwe in Mombasa port as we need time to make new documents for Kenya, hence we have a cut-off time,” read part of the letter addressed to GMAZ chairperson Tafadzwa Musarara seen by the Daily News.

Zimbabwe is expecting 30 000 metric tonnes of wheat. Holbund is the only supplier left which still accepts to be paid well after loading the grain.

Sources said if the consignment which docked at Beira is not paid for, “the implication is that it takes 90 days to source and receive another consignment.”

Musarara said: “We have talked to the RBZ governor …John Mangudya who has promised to pay and what we can say at the moment is that everything is under control.”

National Bakers Association of Zimbabwe president Ngoni Mazango said bread supply cannot be guaranteed this Christmas as RBZ has not supplied bakers with foreign currency to pay off legacy debt from other suppliers of raw materials such as enzymes and glute.

Zimbabwe consumes 1,8 million loaves of bread per day. The country needs 400 000 tonnes of wheat per year and is producing less than half of its annual requirement.