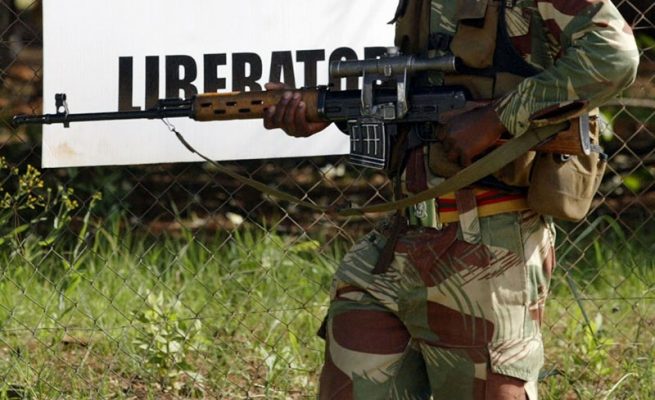 A MEMBER of the Zimbabwe National Army (ZNA) recently appeared before Guruve magistrate facing allegations of shooting a Guruve man before robbing him of a Toyota Quantum vehicle, $6 000 in bond notes and US$200.

Wayne Masaiti (26) pleaded not guilty to armed robbery before magistrate Shingirai Mutiro, who remanded him in custody to December 24.

Public prosecutor Albert Mazhindu alleges Masaiti and his three accomplices, who are still at large, broke into Peter Munatsa’s house at Dzvukamanja shops in Guruve on December 2, around 10pm and demanded cash.

Munatsa resisted and was shot on the right knee. Masaiti and his accomplice then allegedly took money and the vehicle, which they later dumped along the Guruve-Rafingora Road. He was later picked by police for questioning in connection with the case, and he was positively identified by Munatsa as the shooter.

The State opposed bail, saying Masaiti was likely to commit similar offences because the weapons used to commit the offence had not been recovered.