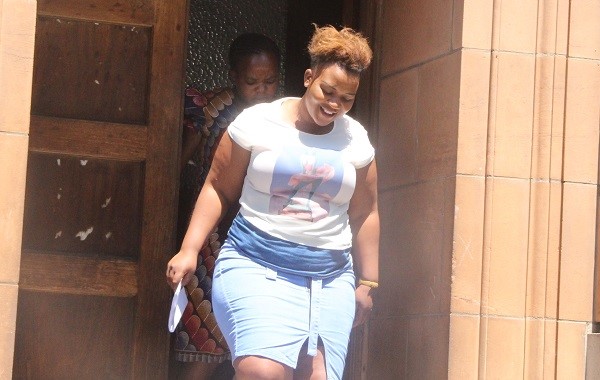 MOST people say “you cannot steal a person from someone else” but the advice seems to have no meaning for a Bulawayo woman who harassed her married neighbour accusing her of “stealing” her husband.

Melfina Mpofu is reported to have rained abuse on Caroline Nyawu after she suspected that she was going out with her husband.

As if the abuse was not enough, Nyawu claimed Mpofu threatened to kill her and as a result, last week she approached the civil court seeking a peace order against her.

“I am applying for a peace order against Melfina Mpofu. She comes to my place threatening to kill me. I am now afraid since I am always alone at home most of the time. I am also now afraid to go to the shops where she is employed fearing that she might harm me,” said Nyawu.

In response, Mpofu scoffed at Nyawu’s submissions saying when she confronted her she only warned her to leave her husband alone.

“It is not true that I threatened her with death. When I confronted her, I just told her to leave my husband alone after I found some messages in my husband’s phone in which she was texting him,” responded Mpofu.

Nyawu, however, claimed Mpofu’s husband was the one who proposed love to her but she turned him down since she was married.

“When she confronted me I told her that it was her husband who was bothering me with his love proposals but I turned him down since I am married. The other day she came to my place and found me bathing before she started harassing me naked,” she said much to the chagrin of Mpofu who was insisting that she was indeed dating her husband.

Things, however, turned out to be a show of shame for Mpofu when the presiding magistrate Tinashe Tashaya intervened and instructed her to leave Nyawu alone.

The magistrate said Mpofu should infact deal with her “promiscuous” husband as he was the one who was going after a married woman.

The magistrate went on to order Mpofu not to verbally abuse Nyawu, go to her house or interfere with her whenever she comes to the shops where she works.