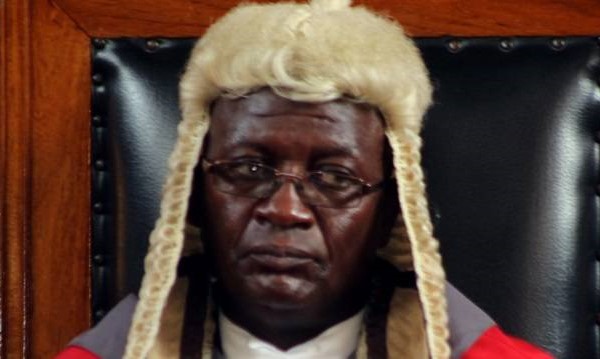 THE High Court has declared unconstitutional the refusal by Ihlathi High School in Bulawayo to release results of an Ordinary Level candidate over outstanding fees and referred the matter to the Constitutional Court (ConCourt).

The pupil, Prudence Moyo from Ihlathi High School through her lawyer Mr Bruce Masamvu of Dube-Tachiona and Tsvangirai Legal Practitioners asked the court to refer the matter to the Constitutional Court for a constitutional declaration.

The school has since February 2016 been refusing to release the results demanding to be paid the outstanding fees.

In papers filed at the Bulawayo High Court, the headmaster of Ihlathi High school and the Minister of Primary and Secondary Education Professor Paul Mavima were cited as respondents.

Justice Nicholas Mathonsi ruled that the conduct of the respondents was inconsistent with the Constitution of Zimbabwe.

“The conduct of the respondents to withhold applicant’s Ordinary Level results on the basis of non-payment of school fees is inconsistent with the Constitution of Zimbabwe and is invalid to the extent of its inconsistency,” ruled the judge.

He said the actions of the respondents were unlawful and an infringement on the applicant’s right to education in terms of section 75 (1) (a) as read with section 81(1) (f) of the constitution.

“The matter is hereby referred to the ConCourt in terms of section 175 (1) and (5) of the Constitution of Zimbabwe,” ruled Justice Mathonsi.

Prudence did Form One to Four at Ihlathi High School in Tshabalala.

“Having completed her Ordinary Level examination, the results were released by the Zimbabwe Schools Examination Council to the school in 2016,” said Mr Masamvu.

Mr Masamvu said the applicant’s basis for the application was for the court to make a declaratory order.

“From the date results were released the respondents have refused to release the said Ordinary Level results to the applicant until payment of full school fees arrears. I seek an order that the refusal by the respondents to release the applicant’s Ordinary Level results on the basis of failing to pay school fees is unconstitutional as it violates the constitutional right to education and rights of children,” he argued.

“Furthermore, the respondents’ actions are also unlawful as they are not provided for by any law. There are lawful ways upon which the respondents can recover their unpaid fees”.

Mr Masamvu said the respondents’ conduct has infringed on the pupil’s fundamental right to education as she has failed to progress with her education without the O-Level results.

“The Constitution of Zimbabwe guarantees a right to basic adult education which is State funded and as such the respondents have no right to infringe on the minor child’s rights on the basis of failing to pay school fees. The conduct of the respondents further does not in any way advance the best interest of the minor child,” he said.

Mr Masamvu said the conduct of the respondents was an abuse and deprivation of the applicant’s education.

“I submit that the provisions of Section 6 and Section 21 of the Education Act (25:04) which provide for payment of school fees do not give the powers to withhold examination results where school fees are not paid,” he said.

In 2011, the Bulawayo High Court ruled that it is parents who undertake to pay all fees for their children when they bring them to school and failure to do so should result in legal proceedings being instituted against them.

The court ruled that school fees payment obligation was a contract entered into between a parent or guardian and the school concerned and not the pupil. It said the said contract can either be express or implied.

The court also made it clear that it was improper to use pupils as pawns to enforce payment by either turning them away or withholding examination results.