Senior doctors have expressed anger and dismay by the manner in which junior doctors were summarily suspended today by the Health Services Board (HSB) for engaging in what the Labour Court ruled on Saturday as an illegal job action. All the junior doctors who had been on strike and radiographers, 530 in total, have been suspended.

Senior doctors who have been hitherto attending to critical patients since the strike began on December 1 have now thrown their weight behind the junior doctors. In a letter written by the senior doctors and General Medical Officers (GMOs), they are withdrawing their services with immediate effect: 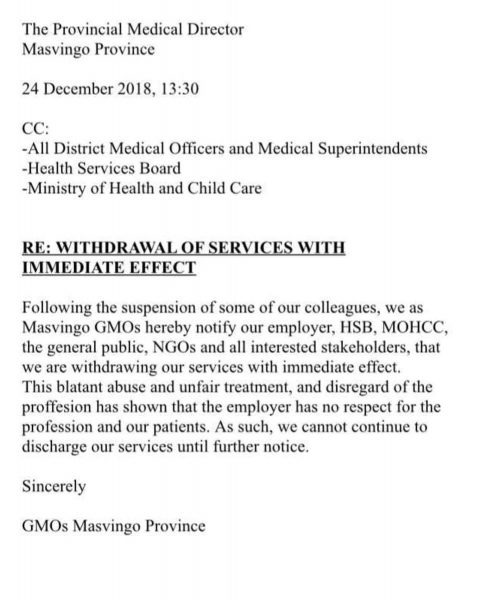