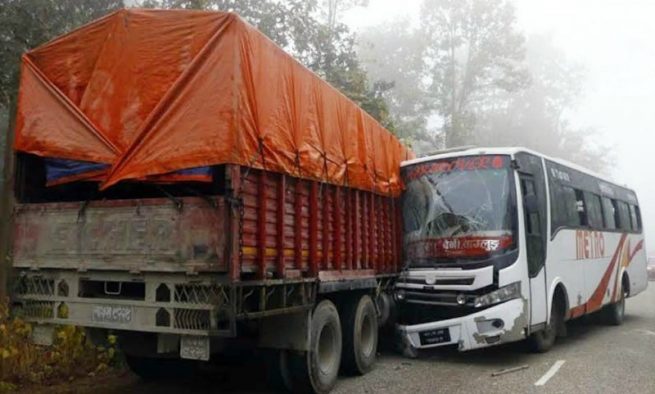 A Congolese health official says at least 27 people are dead after a bus and a truck collided west of the capital, Kinshasa.

Dr. Sylvain Yuma with the health ministry says the accident occurred overnight and that excessive speed was to blame.

The crash occurred in Kisantu in Kongo-Central province, about 200 kilometers (124 miles) southwest of Kinshasa. The city is on the main highway between the capital and the country’s Matadi seaport.

Yuma says at least 17 people are hurt, six of them seriously. They have been taken to Kinshasa.

A mother and baby are among the dead.

A collision between two trucks in October in a village near Kisantu killed at least 53 people.