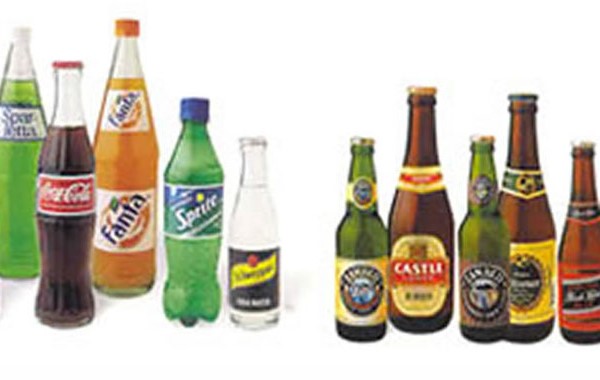 In a circular dated January 2, Delta advised its retail and wholesale customers of the new pricing system, which takes effect tomorrow.

Delta revealed that it had been receiving erratic supplies of foreign currency from the Reserve Bank of Zimbabwe and was struggling to pay foreign suppliers who are now unable to continue providing credit or meet new orders, hence the decision to switch to the foreign currency pricing regime.

“In order to sustain our operations, the company advises the retail and wholesale customers that its products will be charged in hard currency with effect from Friday January 4, 2019,” part of the circular by Delta management read.

“Our business has been adversely affected by the prevailing shortages of foreign currency, resulting in the company failing to meet your orders and in the case of soft drinks, being out of stock for prolonged periods.

“The new fiscal and monetary policy framework in place since October 2018 does not provide for easy access to foreign currency by non-exporters. The company has only received limited foreign currency allocations from banking channels, which have not been adequate to fund the import requirements.”

“We sent that letter to our customers and the contents there are self explanatory,” he said when contacted for comment.

Prices of basic commodities skyrocketed in October after the introduction of the Transitional Stabilisation Programme by Finance minister Mthuli Ncube.

The country has been facing serious foreign currency shortages as the central bank prioritised exporting companies, a move that crippled many companies that produce for the domestic market, but require forex for importation of raw materials and production equipment.

Delta was one of the affected companies and the country had no soft drinks for the first time during the just-ended festive season.

Delta said it invested in excess of US$600 million in plant and equipment, vehicles and ancillary services since 2009, and the charging in US$ was to ensure the company’s ability to protect its investment as well as sustain all its value chain partners.

“The prices of local materials and services have escalated both in USD and in RTGS (ostensibly in response to the foreign currency exchange rate). The company does not trade on the parallel or black market and does not subscribe to any exchange rate between the USD and the RTGS (real time gross settlement) or bond notes as they are not currencies,” the circular further read.

“There is need for wider consultation on policy intervention to build consensus and market confidence among stakeholders to stabilise the macro-economic environment.”

Zimbabwe Chamber of Commerce chief executive officer Christopher Mugaga said the move by Delta was justified, but would hit hard on consumers, whose earnings were still pegged in the surrogate bond note currency.

He said Delta’s move would expedite the move by the country to re-dollarise the economy.

“Delta being a market leader as well as industry on its own due to the monopolistic nature of its being, the result is expedited re-dollarisation, which will have enterprise wide impact from the farm to the salary of an employee directly and indirectly employed by Delta,” Mugaga said.

He warned that government could reverse Delta’s move at its own peril, as it would lead to massive job losses.

Economist John Robertson blamed the government for failing to accept the reality that the bond note and US dollar were not at par.

“We need to look at what government is doing to bring the US in the economy. The budget was a huge disappointment, it did not do much to ensure that Zimbabwe’s attractiveness comes true,” Robertson said.

“There are few US dollars in the economy because the country is starved of foreign investments. Delta is simply reacting to a bigger problem which was not attended to by government. The 1:1 exchange rate of US and RTGS is part of the problem; it is destroying its credibility.”