Mnngagwa’s government has moved to replace striking junior doctors. In a statement the Ministry of Health and Child Care said it has opened up 204 posts for junior doctors who successfully completed their Part V Bachelor of Medicine and Bachelor of Surgery degrees at local universities and are due to take up their first year internship.

The Health Ministry invited applications from students who have completed their five year programmes from medical universities in the country. Foreign trained medical doctors who have also met local regulations and are ready for internship have been encouraged to also apply for these posts.

530 Junior doctors were suspended for striking illegally. The Health Services Board (HSB) suspended the doctors with immediate effect after they refused to go back to work earlier this week. Below is the advertisement for internship posts by the Health Ministry: 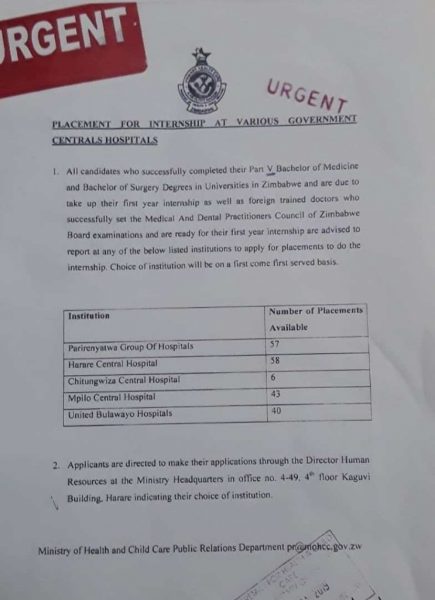