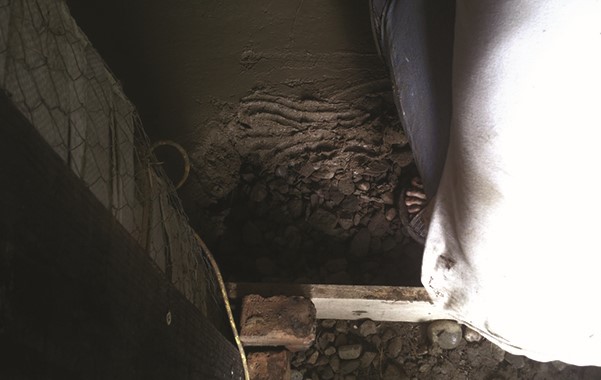 THE husband finally came back home and the kids were happy their parents were reunited.

But their joy soon turned to tears when the mother was murdered and their dad disappeared.

Cops found the 25-year-old mum of three buried under the floor of her bedroom in KwaDukuza, northern KZN, on Sunday.

The 35-year-old man has disappeared.

According to KZN cops spokeswoman Colonel Thembeka Mbele, the father arrived home on Thursday from Mozambique.

“When the children aged 13, 12 and 10 woke up on Friday morning, their mother was not at home,” said Mbele.

“The father said he didn’t know where she went.”

Later that day the father left and told his children he was going to buy cement.

“He came home with the cement but disappeared on Saturday.”

She said the eldest child contacted a relative, who arrived on Sunday.

“The relative thought there was something wrong in the bedroom when she saw cement. She then contacted the cops,” said Mbele.

“The man hasn’t been found following the discovery of his wife’s body.”

Mbele said a case of murder was opened and was being investigated.

She said cops were still investigating the motive. No arrests have been made.