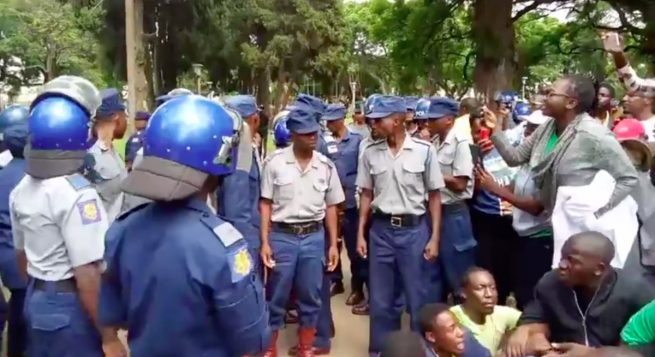 Nine officials from the Amalgamated Rural Teachers’ Union of Zimbabwe (ARTUZ) were arrested this morning as the Union took to the streets to force the government to pay teachers’ salaries in US dollars. A statement released by the ARTUZ reads as follows:

Nine participants in the #Salarycamp have been arrested and are detained at Harare Central. No charges have been preferred.

Our Vice President and our negotiator Descent Bajila are locked in negotiations with the employer.

ARTUZ had earlier on indicated that its members are not going back to work, with schools set to be opened this Tuesday. The Union vowed to picket at Mthuli Ncube’s offices until the government pays teachers’ salaries in foreign currency.