Following the Collective Bargaining Agreement between the government and health workers, the ZHDA was given the mandate to engage its members to return to work within 48 hours ending today 7 January 2018 at 2018 at 1700.

They carried widespread consultations of its members as per agreement. The ZHDA members nationwide, however, felt that the agreement did not take cognizance of their immediate incapacitation in a raging economy as no current offer was made on the remuneration of the Doctors to improve their welfare.

Additionally, there were no timelines and evaluable targets for the provision of Drugs and protective equipment to government hospitals. The ZHDA had for the past 3 months indicated to its employees the paramount need to address these matters.

The ZHDA members have therefore remained incapacitated and will not be able to resume normal duty till these matters have been addressed by their employer.

It is important to note that the available ZHDA members who have shown up for duty in various hospitals have since indicated they will be re-joining those at till the mentioned grievances have been met. It is our hope that the situation will be resolved with the urgency it deserves. 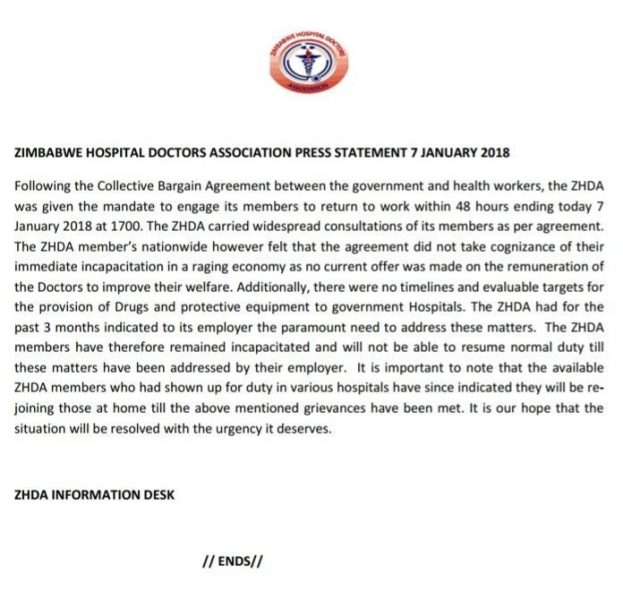