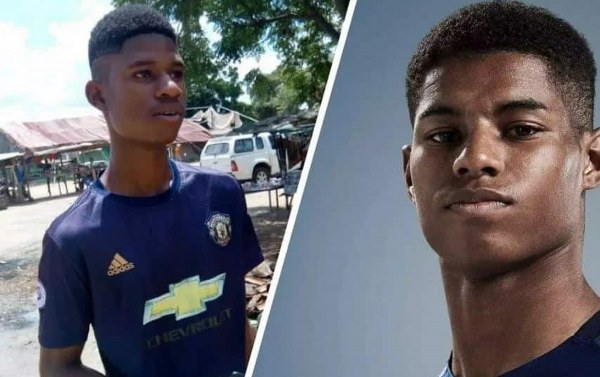 Marcus Rashford look-alike who recently caused a stir on social media has been arrested and dragged to court on fraud charges.

Eighteen-year-old Ishmael Duwa Austin appeared before a Harare magistrate and was released on $50 bail coupled with stringent bail conditions.

One Grace Chikwava became interested in the car and contacted Duwa and his accomplice who is still at large for negotiations. It is alleged that they set up a meeting at Rainbow Towers hotel and made negotiations for the car to be sold at US$3 000 after Duwa had indicated that it was being sold for US$4 000.

Duwa told Chikwava to pay US$400 as commitment fee to stop him from advertising the vehicle and she complied.

Chikwava was later advised to go back to their meeting place to get the car after having paid the full amount, but he became evasive leading to the police report being made.

Rashford doppelganger became famous after Member of Parliament and former Zimbabwe Football Association (ZIFA) President Phillip Chiyangwa invited him for a meeting and had photos of them together circulating on social media.

He further made headlines after the Ghanaian media claimed that he was indeed Rashford and had been spotted in their country, fooling locals to believe he is a Ghanaian citizen.

News Muza Mpofu - 27 January 2021 0
Two Mhondoro men were on Monday dragged to court after one hid proceeds he had received from his father who participated in the US$2,7...
Loading...