THE Government has announced it will pay January 2019 salaries for all civil servants including teachers, nurses and doctors by next week Wednesday.

This follows consultations between government and staff associations which began this week.

A salaries payments schedule released by the Permanent Secretary in the Ministry of Finance and Economic Development, George Guvamatanga, shows that members of the army, airforce, police, prisons and civil servants in the health sector will receive their salaries on 14 January, next Monday.

Two days later, Wednesday 16 January 2019, civil servants in the education sector, pensioners and the rest of the civil service will receive their January 2019 salaries.

Unions representing civil servants have been threatening to down tools amid erosion of their incomes due to the prevailing economic hardships.

Doctors, who downed tools on 1 December 2018 citing poor salaries and unfavorable working conditions, have since trickled back to their workstations. 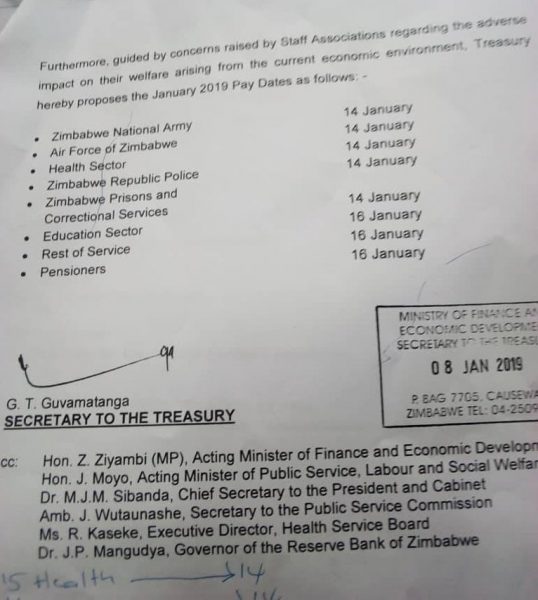