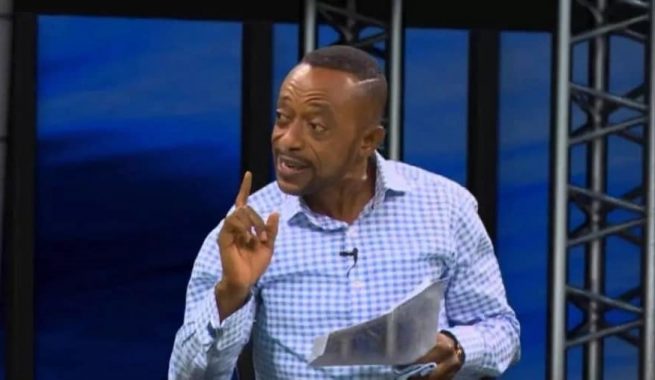 Well-known Ghanaian pastor Owusu Bempa, in what has become his traditional New Year prophecies listed a number of high profile citizens who he claimed will die in 2019.

Among the list was the West African country’s top Islamic leader, Sheikh Osman Nuhu Sharubutu, referred to and recognised by the state as the Chief Imam of Ghana.

The prophecy received wide media coverage, leading angry Muslim youths to attack his church. An organ, windows and chairs were damaged after the youths stormed Rev Owusu-Bempah’s church in Accra.

Self-styled Christian prophets have a huge following in Africa, and often predict major events, including the deaths of leading public figures.

In 2016, one of Africa’s most popular preachers, Nigerian TB Joshua, predicted during a church service that Hillary Clinton would defeat Donald Trump in the US presidential election.

Critics poked fun at him after Trump won. The prophecy was later deleted from his Facebook page.

In a sermon on December 31, Rev Owusu-Bempah made 18 prophecies for 2019, including the death of either Imam Sharabutu or Ghana’s Muslim Vice-President Mahamudu Bawumia.

Some Muslim youths asked the pastor to apologise to Imam Sharabutu, but he did not do so.

Armed with machetes, the group stormed a church of the pastor’s Glorious Word and Power Ministry on Wednesday.

The group streamed the attack live on Facebook, damaging property and razing to the ground a billboard with Rev Bempah’s image.

Imam Sharabutu appealed for calm, saying those incensed by the prophecy should forgive the pastor, who is one of the most charismatic church leaders in Ghana.

Ghana is a mainly Christian country, with no history of religious conflict. In its reaction to the attack, the Glorious Word and Power Ministry said: “Christians, let’s be strong and pray for the church.”

Like in other parts of Africa, churches have become big business in Ghana and one of the ways preachers fill their church auditoriums is by making doomsday prophecies.

Although heavily criticised by some Ghanaians, these preachers attract gullible followers – mostly uneducated people – who abandon work for week-long prayer meetings to avert their own death – a topic which features prominently in daily services.

Politicians, film stars and businessmen also go to the celebrity preachers for “spiritual protection” or to increase their fortunes.

When a predicted death fails to materialise, the preachers say their prayers helped save the person’s life.

And when prominent people die, a barrage of videos and audio clips emerge from the self-styled prophets who allege the death was revealed to them by God.

Although most of the prophecies turn out to be false, they keep the pastors in the media spotlight and this enhances their chances of becoming celebrity preachers.

And they continue drawing huge crowds as more and more people hope for financial success or to be healed of illnesses which have badly affected their quality of life.