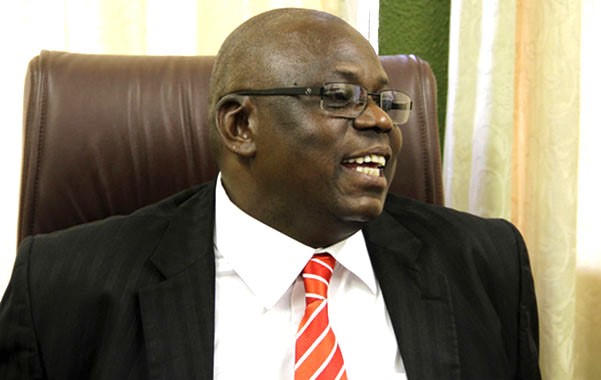 ACTING Prosecutor-General Mr Kumbirai Hodzi alleges that some senior officials are trying to interfere with State witnesses involved in the case of suspended chief magistrate Mishrod Guvamombe who appeared in court yesterday.

Guvamombe, who was hauled before the court on charges of criminal abuse of office, has since been granted $3 000 bail coupled with stringent conditions after appearing before Harare magistrate Mr Munamato Mutevedzi.

He was arrested on Friday on allegations of offering industrial attachment to two former Cabinet Ministers Saviour Kasukuwere and Supa Mandiwanzira at the Harare Magistrates’ Court in full knowledge that the duo were facing charges of corruption before the same courts. The ex-ministers are studying law at the University of Zimbabwe. In an interview yesterday, Mr Hodzi said a police report has since been made.

“As far as the chief magistrate is concerned, we have gathered that there are some influential people that have been attempting to interfere in his case. There are witnesses who were being forced to change their statements. We want to assure the public that this case will be dealt with to the fullest extent of the law.”

The acting PG said he was not in a position to name the culprits for fear of jeopardising ongoing investigations.

“Investigations are continuing and we don’t want to jeopardise the process. I can assure the people that we are on top of the situation and we will not be intimidated.”

The PG’s Office, Mr Hodzi added, has made headway in unravelling some of the criminal networks involved in grand corruption.

“We now have an idea of what we are dealing with and we have made some breakthroughs. In the fullness of time, everything will be revealed. These cartels include members of the judiciary, the media and NPA officials.”

Mr Hodzi said his office is also looking into allegations by top Harare lawyer Advocate Slyvester Hashiti of corruption in the judiciary.

“Mr Hashiti made serious allegations pertaining to corruption of the judiciary. I have asked him to come forward with the information and we will do all we can to act on any matter that is brought forward,” he said.

Yesterday, Mr Mutevedzi granted Guvamombe bail after he ruled that the State, which was represented by Messrs Michael Reza and Zivanai Macharaga, failed to submit compelling reasons to deny bail. The State unsuccessfully claimed that Guvamombe was likely to interfere with witnesses once released.

State witness Mr Clemence Mashawu of the Zimbabwe Republic Police (ZRP)’s Anti-Corruption Unit, who is the lead investigating officer in the case, alleged that the accused had threatened some witnesses. Mr Mashawu also claimed that Guvamombe had also directed Harare provincial magistrate Elisha Singano to give him key case files.

But the defence, led by Mr Jonathan Samukange, who was assisted by Messrs Farai Nyamayaro, Arnold Taruvinga and Steady Kachere, said the case files were meant to assist in preparing the accused’s defence.

Guvamombe will appear for routine remand on 25 January.

News Muza Mpofu - 19 October 2020 0
THE probe on Health deputy minister John Mangwiro over an alleged US$5,6 million COVID-19 tender scam has become a proxy for the factional fights...
Loading...