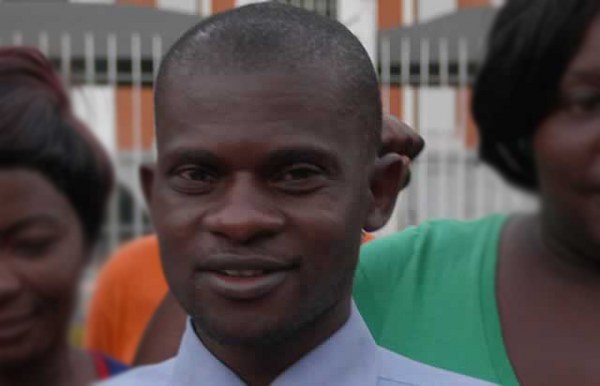 Acting President Constantino Chiwenga ordered police to release and apologise to Godwin Gomwe, the Zanu PF Youth League chairman for Harare, after he was arrested over the shooting deaths of two people, police sources have told ZimLive.

Gomwe was arrested on Wednesday “with a lot of guns” but was set free after Chiwenga intervened, according to multiple sources familiar with the matter.

Driving in a Ford Everest and 16 brand new Ford Ranger vehicles with no registration marks, Gomwe patrolled Harare neighbourhoods with death squads, some of them in army uniform.

They rounded up and beat up young men suspected to have participated in Monday’s widespread street protests against a 150 percent increase in the price of fuel announced by President Emmerson Mnangagwa.

Police also believe the same Ford Ranger vehicles – some of which had been seized by investigators before they were forced to release them – took part in the bombing of the Movement for Democratic Change (MDC) headquarters in central Harare on Monday night.

“Gomwe was arrested by Budiriro police and later taken to the Law and Order section at Harare Central. He was charged for shooting two people, but we were later made to understand Chiwenga had secured his release. The final ignominy for the police was having to first apologise, and then escort him to his home as per orders,” a police source said.

“A day after his release, on Thursday, they were terrorising residents of Highfield. He drives around in a Ford Everest, while the rest of the gang has Ford Rangers. We want to believe he commands this terror group.”

Police chiefs had taken Gomwe’s docket, and he is unlikely to face charges. We were not able to establish the names of the victims, who are believed to be from Budiriro.

Police sources say a third murder case is being linked to the Ford Ranger squad, although there was no evidence linking Gomwe to that particular killing.

Trymore Nachiwe, according to a police docket seen by ZimLive, was driving in a blue Toyota Voxy in Glenview 8 with a friend when they were intercepted by five Ford Ranger vehicles with no registration plates.

“The vehicle’s way was blocked by the unregistered Ford Rangers. The unknown accused disembarked the vehicles, some wearing civilian attire and others wearing ZNA (Zimbabwe National Army) camouflage. They were armed with stones, iron bars, machetes and tear smoke canisters,” the police document says.

“The accused broke the Toyota Voxy windows ordering the duo to come out and the two complied. The accused assaulted the two with clenched fists and booted feet all over their bodies and they left them lying on the ground.”

Nachiwe died at 7PM on Tuesday after being hospitalised from injuries sustained during the beating. The police crime report number for the open murder investigation is CR 269/01/19.

On Thursday, MDC leader Nelson Chamisa said they were convinced that Chiwenga and President Emmerson Mnangagwa – currently on a five-country tour in Eastern Europe – had “carefully coordinated an attack on Zimbabwe over the last three days.”

“There was a group for looting and public violence meant to discredit the demonstrations; one for extreme and countrywide repression using degrading treatment such as beatings, rape, and grave bodily harm and one for killing Zimbabweans – essentially shooting civilians to show that the government is prepared to kill,” Chamisa’s spokesman Nkululeko Sibanda said.

Citing information from NGOs, churches and the courts, Sibanda said they had evidence that Zanu PF had infiltrated the anti-government protests.

Chamisa called on the Southern African Development Community (SADC) – which was holding a double Troika Summit in Ethiopia on Thursday – to “intervene and investigate these serious circumstances in which grave crimes against humanity were committed.”

Government spokesman Nick Mangwana had yet to respond to written questions sent to him. This story will be amended to include the government response once it is received.