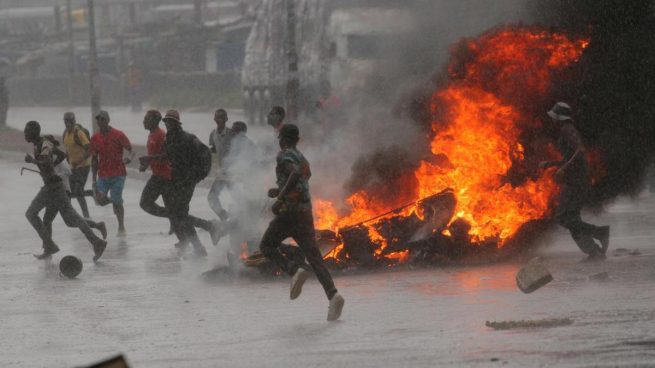 As normalcy slowly returns to Zimbabwe after days of tensions between protesters and security forces following this week’s deadly riots — human rights groups yesterday said the death toll from the clashes has risen to 12 — and that 78 people were shot during the protests.

This comes as doctors on Thursday revealed that they had performed 16 life-saving surgeries on protesters who were shot during the disturbances which were triggered by government’s sharp increases of fuel prices.

“Consolidated statistics so far reveal the following violations: killings (at least 12), injuries from gunshots (at least 78), assault, torture, inhumane and degrading treatment including dog bites (at least 242), destruction of property including vandalism and looting (at least 46), arbitrary arrests and detentions (466) displacements (under verification),” the Forum said in its provisional statement on the protests.

“Of concern is the denial of bail, the fast tracking of trials without providing the arrested an opportunity to adequately prepare for their defence. The Forum
condemns the incidences of incommunicado detentions at military establishments and other illegal places of detention,” the Forum said further.

It alleged that it had received reports of armed security personnel breaking into private homes of citizens, indiscriminately torturing occupants including children as young as nine.

“Residents also reported that in the process, the armed security personnel looted groceries and money from their victims. The Forum is concerned that the police are working in common purpose with the army and Zanu PF youth militia in perpetrating these violations,” it added.

The Forum said it was preparing a comprehensive report on the alleged violations by security forces which would be made public soon.

On Thursday, in a comprehensive report lifting the lid on the violence which occurred around the country during this week’s stay-away called by the Zimbabwe Congress of Trade of Unions (ZCTU), the Zimbabwe Association of Doctors for Human Rights (ZADHR) revealed gory details of the brutality meted out to people by security forces.

“The Zimbabwe Association of Doctors for Human Rights wishes to share with stakeholders critical information on the unfolding human rights crisis in Zimbabwe following the outbreak of violent protests across the country and the ensuing disproportionate response by the State apparatus.

“To date ZADHR network of doctors across the country both in the public and private sector have attended to a total of 172 cases … 68 cases were gunshot wounds with the affected individuals sustaining severe injuries which required urgent surgery in most cases.

“The remainder of the cases ranged from assaults with sharp objects, booted feet, batons, sjamboks and tarmac abrasions,” the organisation said.

“ZADHR is also deeply worried by cases of dog bites following the alleged unleashing of police dogs on those in police custody in Kadoma.

“Three such cases have been documented. This constitutes a serious violation of human rights as the State is supposed to guarantee the protection of those in police custody,” it added.

This came after thousands of fed-up citizens heeded calls by the ZCTU to stay away from work in response to President Emmerson Mnangagwa’s unpopular decision to sharply hike the prices of fuel — triggering riots in the process and the subsequent mayhem which was witnessed mainly in Harare and Bulawayo this week.

The government has also since been accused of launching a vicious crackdown against the opposition, pro-democracy groups and the ZCTU leadership following the disturbances.