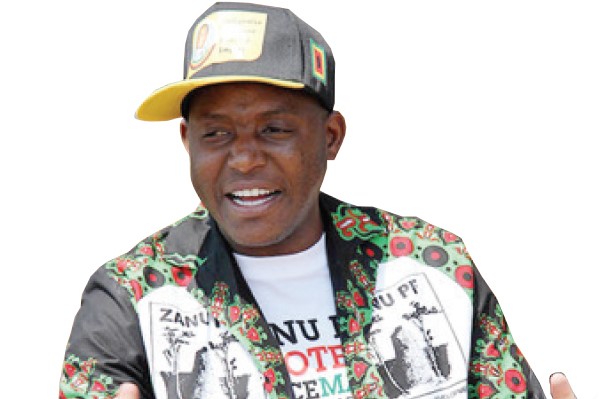 CLANDESTINE plots by some ZANU-PF MPs, ruling party hawks as well as renegade elements in the top echelons of the war veterans association have escalated to new levels, with Justice Mayor Wadyajena revealing there have been threats to his life.

“They threatened to kill me and harm my family. I stand by President Mnangagwa and wish they knew ours isn’t just a political relationship,” Wadyajena revealed on Monday morning.

The palace coup reportedly came unstuck after the plotters drafted Gokwe-Nembudziya legislator Wadyajena and former deputy Minister of Finance Terrence Mukupe, both of whom are very close to President Mnangagwa.

“However they try, we’ll NEVER QUIT nor be intimidated. The plot is foiled, they lack numbers for impeachment and the devil isn’t Professor Jonathan Moyo but amongst us!”

They threatened to kill me & harm my family. I stand by @edmnangagwa & wish they knew ours isn’t just a political relationship. However they try, we’l NEVER QUIT nor be intimidated. The plot is foiled, they lack numbers for impeachment &the devil isn’t @ProfJNMoyo but amongst us! https://t.co/PGYRoxPey5
— H⭕️N. JⓂ️W,Ⓜ️🅿️🇿🇼 (@mayor_justice) January 21, 2019

Mukupe, who was in Zimbabwe for much of last week to sniff out plans on the alleged palace coup, has fled back to Mozambique after his life was also in danger “for failing to play ball”, sources told ZOOMZimbabwe.

"Confirmed. It's absolutely true. Constantino Chiwenga wants to remove ED Mnangagwa through both political and military processes. It was him who gave the military orders to terrorize civilians. Mnangagwa will go live on radio and TV in the next 48 hours. We are facing the real and potential danger of a civil war. Zanupf is divided right down the middle."