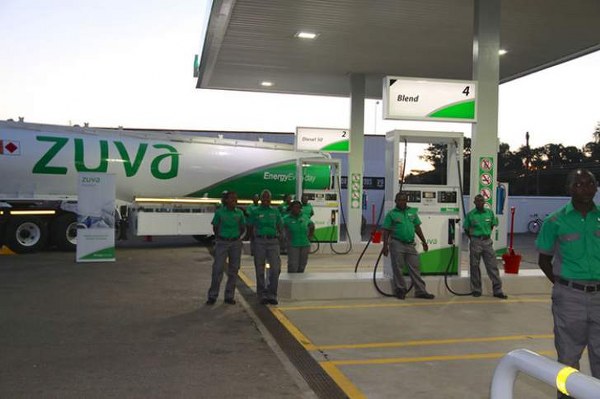 A fuel station owner in Gweru had to scurry for cover as motorists were baying for his blood for refusing to sell fuel barely an hour after a tanker offloaded at his filling station.

Mr Bhula had to hide in his office as his employees battled to contain the situation. He then sold fuel to a few motorists before telling them that it had run out.

Motorists have appealed to police and the Zimbabwe Energy Regulatory Authority (ZERA) to investigate Mr Bhula as they suspect underhand dealings. Energy and Power Development Minister Joram Gumbo implored motorists to report errant fuel traders and filling stations that are withholding fuel and those supplying the black market to the police and ZERA.

In an interview, Minister Gumbo said Government had set up provincial taskforces comprised of police and ZERA officials to deal with rogue fuel traders and filling stations that are withholding fuel and those supplying the black market.

Minister Gumbo said motorists should report these rogue fuel dealers to police whenever they suspect any underhand dealings.

He said those found with fuel but not selling it would lose their trading licences.

“I have said this before that we have adequate fuel in the country. What is happening is that the suppliers of fuel supply in bondage. So for local fuel traders to get fuel they need foreign currency. However, what was happening is that some were now abusing the 1:1 facility and going on the black market.

Dr Gumbo said the ZERA and police operation netted a number of fuel dealers and filling stations in Mutare, Masvingo and Gweru.

In a separate incident, Mr Bhula was nearly assaulted by two disabled men, Messrs Champion Vhunga and George Sango, after he insulted them when they had asked for fuel which he was selling to selected motorists.

“We approached Mr Bhula in utmost good faith and requested for fuel. He told us that he was also disabled so we had no reason to ask for fuel from him and he chased us away. Ironically, he is not disabled and we felt insulted and confronted him over his utterances.

“ZERA and Police should investigate him. If they don’t, we will take it up,” said a disgruntled Mr Vunga.