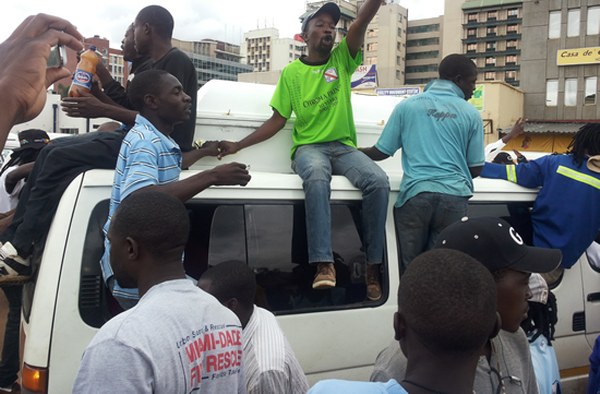 Kombi drivers were aggrieved by the government’s decision to re-introduce $1 ZUPCO buses. The move has negatively affected kombi operators who of late, have developed a tendency to hike fares at the drop of a hat.

ZUPCO and other buses were blocked by Kombis from the terminus in protest of the new fares that were gazetted by the government, refusing to pave way for the buses at Harare Central Charge Office bus terminus.

In a report by the local tabloid H-Metro, one of the Kombi drivers said that the introduction of buses has had a devastating effect on their profit as they are now losing business to the ZUPCO buses.