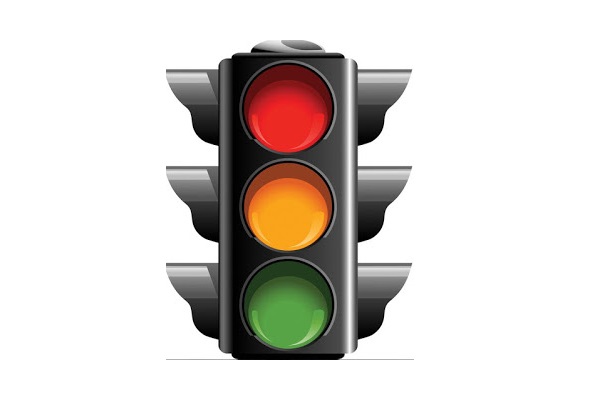 TWO Chitungwiza men have appeared in court for stealing the town’s only traffic light during last week’s demonstrations led by ZCTU and its civil society allies.

The demonstrations, falsely billed as peaceful, degenerated into a spree of looting, arson and criminality during which a Choppies supermarket lost $400 000 worth of goods in Chitungwiza, amid nationwide carnage.

Takemore Bhunu (27) of Glen View 3 and Godsave Mukore (25) of Chitungwiza appeared before Chitungwiza magistrate Mrs Blessing Murwisi yesterday and were remanded in custody.

They pleaded not guilty.

The pair claimed the Zimbabwe Republic Police (ZRP) “planted evidence” against them as they were at home when the alleged offence was committed.

Their trial continues today with two witnesses expected to testify.

The prosecution is alleging that on January 14 at around 1100hours, Gabriel Kawara (42), who is employed by Choppies Chitungwiza Town Centre branch, closed the supermarket following threats of violence.

At around 9am, Bhunu, Mukore and accomplices still at large, armed themselves with stones, logs and iron bars and barricaded Mharapara Road at C-Junction with burning tyres.

They destroyed the traffic lights at C-Junction.

They took the traffic lights with them.

The two proceeded to Choppies Supermarket where they forcibly opened the doors and stole goods before fleeing the scene.

Police investigations revealed that Bhunu and Mukore sold some of the goods to passers-by.

They hid some along a stream behind Tafa Shopping Centre in Unit D.

Kawara later received information about the looting and made a report to the police.

News Cynthia Goba - 28 January 2021 0
POLICE have deployed senior officers to be in charge of security checkpoints along all major roads as the force tightens the movement of people...

News Edmore Huni - 28 January 2021 0
A 25-YEAR-OLD Guruve man will spend the next five months in prison after knocking off his female neighbour’s teeth in a fight over a...

SAD NEWS: Man eaten by hyenas after being killed by cousin over sugar mama

News Cynthia Goba - 28 January 2021 0
The remains of a Tsetse Control worker murdered by his cousin on January 19 for trying to refrain him from dating an older woman...

News Nelson Bhebhe - 28 January 2021 0
A Lupane councillor who has been recalled by the MDC-T has vowed to challenge his expulsion, arguing that he cannot be recalled by the...

News Muza Mpofu - 28 January 2021 0
POLICE in Bulawayo have arrested 12 people, including eight minors for attending an illegal party in Pumula South suburb. The organiser of the “super-spreader” event,...

News Sekai Moyo - 28 January 2021 0
Police in Bulawayo are looking for a woman who disappeared when the car she was driving caught fire in Cowdray Park suburb recently. The...
Loading...