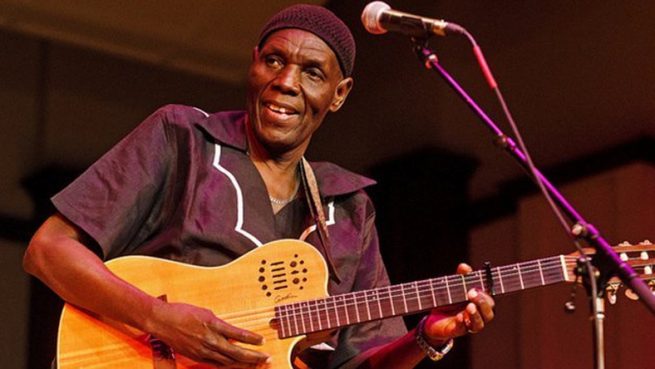 Oliver Mtukudzi will be buried in Madziva, Mashonaland Central, after the family passed up the offer of a National Heroes Acre burial.

The legendary singer, who died from diabetes on Wednesday aged 66, will be laid to rest at 2PM on Sunday, the family said.

Madziva is 40km from Bindura on the Mt Darwin road.

“These are Oliver’s express wishes. He wanted to be buried amongst his ancestors,” a family spokesman said.

President Emmerson Mnangagwa, during a visit to Mtukudzi’s family home in Norton Thursday, said the internationally renowned musician had been declared a National Hero by the Zanu PF politburo, an honour usually reserved for veterans of the 1970s war of independence and their spouses.

Journalist and political commentator Innocent Chofamba Sithole, who on Thursday urged the Mtukudzi family “not to be cajoled into surrendering Mtukudzi in death to be used to launder the bloody reputation of Mnangagwa’s government after a week of murders, brutal torture and beatings,” welcomed the announcement.

“Tuku’s send-off will not be dominated by Zanoids seeking to cleanse their bloody hands with a PR show. Great move, Tuku family,” Sithole hailed Tuku’s family said on Twitter, noting that Mtukudzi was “a hero without Heroes Acre.”

One of Mtukudzi’s biggest hits was “Neria,” a mournful song about the tribulations of a woman who was thrown into poverty when her husband died because customary law did not allow her to inherit his property. It was the title song of a movie of the same name.

He sang, played guitar and danced while directing a tight band of guitarists, keyboards, percussionists and dancers. He released more than 60 albums and made several successful international tours, performing in neighbouring South Africa late last year.

He also was known for mentoring young Zimbabwean musicians. “He was like a father figure,” said MacDonald Chidavaenzi, a songwriter and producer.

Mtukudzi’s company in a statement called him a “national icon” as well as “a father, brother, grandfather, uncle, and above all a husband to his loving wife Daisy Mtukudzi.”

Mtukudzi wrote songs in a style that were a mix of Zimbabwean and South African rhythms that became known at “Tuku music.”

Tributes have come from far and wide. South African President Cyril Ramaphosa said he was Mtukudzi’s “number one fan”.

News Tshuma Rueben - 30 October 2020 0
Foreign Affairs and International Trade Minister Dr Sibusiso Moyo has told the British that the New Dispensation’s openness and re-engagement stance is not an...

Disaster as 4 brothers bash their own father to death for having magic sεx...

News Muza Mpofu - 30 October 2020 0
A man from Mhou village under Chief Ndanga was yesterday, October 28, fatally assaulted by his four sons who accused him of using magic...

News Cynthia Goba - 30 October 2020 0
A village widow from Zengeya under Chief Nyajena was left homeless after her neighbour and relative burnt down her four thatched houses because her...

News Cynthia Goba - 29 October 2020 0
POLICE in Beitbridge have arrested two Bulawayo men for allegedly smuggling into the country seven signal pistols, over 1800 units of Broncleer through an...
Loading...