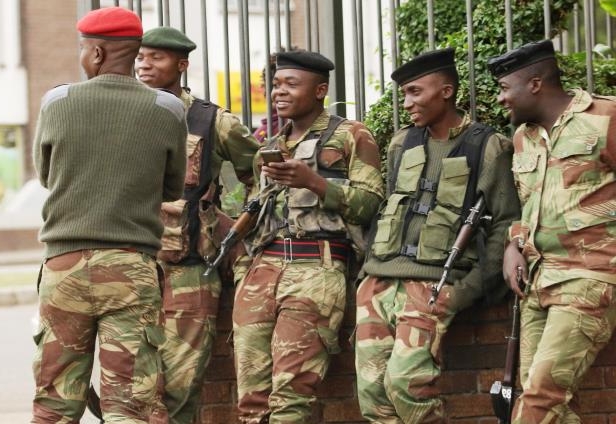 Government has said security forces will remain firmly on the ground to ensure that peace and sanity prevails across the country following threats of another round of violent protests by MDC-Alliance and its affiliates.

The perpetrators of the violent protests have being circulating messages on social media warning people not to report for work or risk being attacked.

The messages threatened that vehicles would be burnt and property destroyed.

They urged people to respect the country’s laws.

“The security forces have always remained on high alert and firmly on the ground,” said Minister Mathema. “We are ready for anybody (hooligans) and the law will take its course. My ministry and the ZRP will do their best to maintain the law.

“We don’t make the laws, but we enforce them and everybody should operate within the confines of the law. Look at the nonsense they recently did, destroying property, killing people and burning cars.”

Minister Mathema said Government will not fold its hands and watch lawlessness taking place in the country.

He said they were aware of some people who wanted to illegally exhume remains of the dead and use them to demonstrate in the country.

Minister Mathema warned such people that they would be arrested and would face the full wrath of the law.

“This is uncultural, they will be arrested,” he said.

In a separate interview, Minister Mutsvangwa said there was no need to continue calling for a stay-away and those that were doing so were the country’s detractors who wanted to divide the people.

“As I have been alluding earlier on, the Government’s position is to guarantee security of the people,” she said. “Those that continue to call for the stayaways are detractors who want to incite our people.

“The people should know that the peace we are enjoying is not a free gift and we should continue safeguarding it. Zimbabweans are peace-loving people and we should come together. There is no need for stayaways.”

Minister Mutsvangwa said President Mnangagwa was on record calling for peace and national dialogue among political parties and civic leaders.

President Mnangagwa was recently quoted as saying: “Our people must concentrate on doing their work. The thrust is economic development; we must grow our economy.

“We want peace, we want unity among our people. There are channels for complaints if anyone has any. This is the spirit and culture that we want as Zimbabweans to be developed.”

The President also urged calm and peace in the country, saying he understood the frustration and pain many Zimbabweans were going through as his administration puts in place the fundamentals needed to transform the economy.

Minister Mutsvangwa said one of the thrusts that Government had put in place was to provide reliable and affordable transport for everyone to report for work.

She said in an effort to resolve the issues confronting both business and labour, Government was engaging labour and business through the Tripartite Negotiating Forum (TNF).

The TNF is a platform for consultations, cooperation and negotiation on social and economic issues.