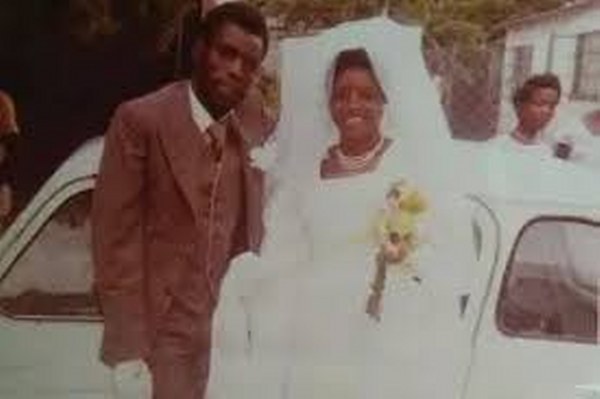 THE late national hero Oliver “Tuku” Mtukudzi’s ex-wife Melody Murape said she only attended the funeral for the sake of her children.

Murape got married to the late superstar on February 24 in 1979 and together they had two children – Sandra and Selmor.

During burial of the late music icon in Madziwa recently, Murape was left out during introductions and other proceedings by the family spokesperson. It had to take Sandra, to announce her mother’s presence when they were introduced to the mourners.

“The first day I went to the funeral, I went into the house where she (Daisy) and other people were. I actually extended my hand to console her but she refused but I had to forcefully hold her hand just to pay my condolences.

“Actually, I was hoping that we would hug just to console each other but no it never happened,” she told H-Metro.

Murape continued: “I was hurt so much that people were asked not to mention about me at all but the plan did not go well since there are others who knew me as the first wife.

“I attend the funeral not as a fan. I was not Tuku’s fan. He was the father of my children.

“If I’m to say I was not hurt, I would be lying. I just left everything in the hands of God, I had to be strong just for my children and be there for them.

“All I can say is I did it for my children. I wanted to give them a shoulder to lean on,” she said.

Murape said if she had no children with Tuku she might not have attended the funeral.

“If I had no children with Mtukudzi, I could have just watched the funeral on the television but because of Sandra and Selmor, I had to be there for my kids.

“I could not be at home while my children are there crying alone. Who would have comforted them? I had to be there.

She went on to dismiss reports that she now wants Tuku’s inheritance.

“What I worked for with Tuku I got it. I don’t want to lie. What he had now, was for him and the one he was now staying with.

“I’m not that greedy and I don’t even have the power to claim anything from them. Munhu ngaadye zvaakashandirawo,” she said.

Murape said she was left with a house in Chitungwiza they had acquired after their marriage and their other apartment in Eastlea was sold after their divorce since they were both eyeing for it.

H-Metro went on to ask about the song titled Hazvirevi Rudo Handina if it was in anyway related to the situation at hand during that time.

“I thought about it. The words are exactly what happened, we met when we were very young. We had our issues and we divorced but you know Tuku was a songwriter and sometimes he would sing about his family issues and anything he came across but I’m convinced it was related to us.”

Murape had to make it clear that it was indeed her who left Mtukudzi, contrary to what people say that she was dumped by the late.

“Let me make it clear, Tuku did not divorce me but it’s me who surrendered as I was against polygamy.

“Tuku was the only husband I knew from the age of 18,” she said.