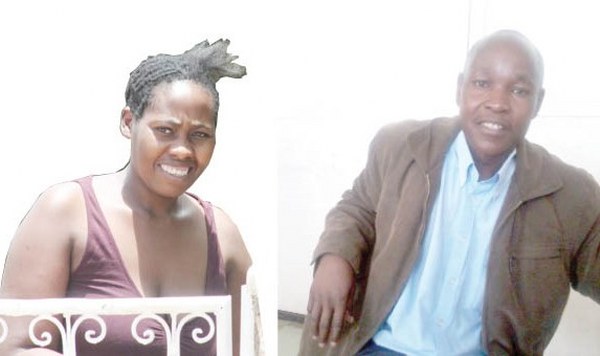 Siphiwe Maseko a teacher by profession believes she is too good for her husband, Khalangani Dube, a security guard.

All this after Dube sent her through teacher training at a local teachers’ college. The couple has been fighting regularly ever since the breadwinner duties shifted. This was revealed in court where Maseko sought a protection order after allegedly enduring several beatings.

But Dube turned tables on her.

“I have caught her having extramarital affairs several times. There is a time when I questioned her about one man and she claimed it was her brother but her infidelity came out after the man’s wife alerted me about the issue. She would secretly go to the hospital to get birth control injections, when I discovered that I was shocked because we had never discussed about that issue,” said Dube.

He added: “I could not stand such disgrace so I slapped her which led to her reporting me to the police so since then we have had countless problems which could not even be resolved by our church elders.”

What pains Dube the most is that his wife only had three ‘O’ Levels while he had seven but he opted to educate her so that in the event that he dies first she manages to take care of their daughter.

“I did not want to die and leave her stranded probably begging as a means of survival so I ensured that she goes to school first. But now she looks down upon me because I do not make much money and I am not that educated. It hurts because she even decided not to invite me for her graduation. I only saw her graduation pictures on WhatsApp,” said Dube.

What Dube wants the most at the moment is an opportunity to see his daughter.

“At the moment I do not know where she lives. When I try calling her there is nothing tangible that we talk about. I want to at least see my daughter. And since we are married I have to know if she is still interested in the marriage or if we should divorce,” said Dube.

When B-Metro got hold of Maseko she said she was fed up.

“This man is crazy and he should leave me alone. All he has to do is maintain his child. If he has any problems he should just approach the courts,” she said.