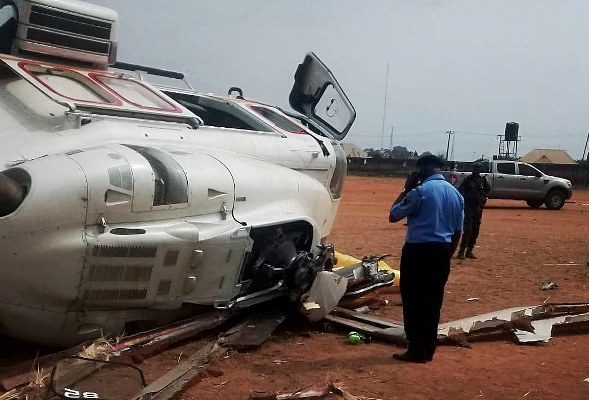 The Vice President’s media aide, Laolu Akande, however, said no one was hurt.

A tweet by Akande read: “VP Osinbajo’s chopper crash lands in Kabba, but he and the entire crew safe. He is continuing with his engagements and plans for the day in Kogi State.”

The incident is the second air mishap that Osinbajo would escape in seven months.

On June 7, 2018, a chopper that was to convey Osinbajo from the Nigeria Customs Command and Staff College, Gwagwalada in Abuja, was forced to land, few seconds after takeoff.

Osinbajo was in the school for the graduation ceremony of Senior Division Course 1 /2018 participants. The chopper had earlier taken the Vice-President to the college for the ceremony.

However, while taking off, it could not ascend beyond the tree level, before it emitted thick smoke and landed on the same spots few seconds after takeoff.