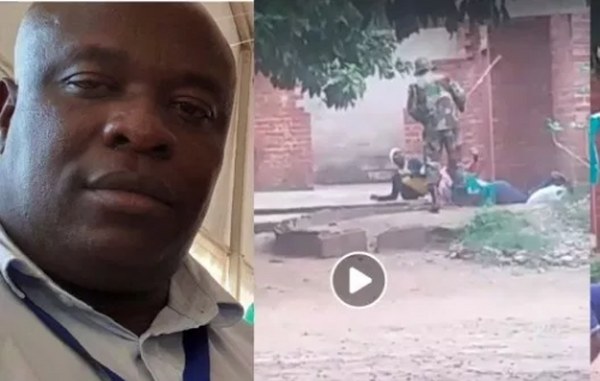 CAESAR Zvayi, the Editor-at-Large in charge of special projects at the Government-controlled Zimpapers media group, has said the soldier beating women in a video that went viral on Sunday is actually not a soldier.

Zvayi said: “I suspect Selous Scout tactics. I do not believe these are real soldiers. Putting on military fatigues does not make one a soldier. The Zimbabwe Defence Forces should get to the bottom of this! Whoever these guys are, the law must take its course.”

The video which circulated widely yesterday, shows a soldier assaulting three women with a huge stick. It also shows two men being made to crawl on the ground on all fours to some place.