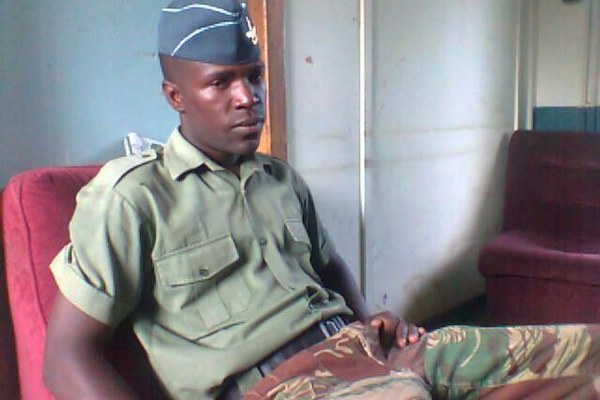 Police are holding a soldier after a foreign currency dealer was kidnapped and robbed in Chitungwiza.

Norest Nyasoro, an Air Force of Zimbabwe officer, is due to appear before a court on Thursday.

Police in Harare have seen a spike in armed robberies, which they believe are being carried out by soldiers who remain deployed countrywide following widespread fuel protests on January 14.

The soldiers have also been accused of committing human rights violations, including meting out violent beatings, killings and rape.

Nyasoro was detained by police after a 27-year-old man from Unit M Seke, in Chitungwiza, walked into St Mary’s Police Station and recounted a terrifying ordeal at the hands of four men.

Ophias Chinomona was trading foreign currency at the Zengeza 2 shops on January 30 when he was approached by two men driving in a white Toyota IST vehicle who asked him to find them United States dollars. They left promising to return the following day.

At about 10AM the following day, the men returned, this time in the company of two others and asked Chinomona to get into their vehicle to complete the transaction, according to a police report of the incident seen by ZimLive.

To his horror, Chinomona told police the vehicle pulled away and drove towards Chikwanha Shopping Centre. The men told him they were soldiers on an operation to arrest illegal foreign currency traders.

“They showed him their army camouflage but did not produce their work identity cards,” the police report says.

Chinomona was frisked and robbed of US$1,300; $400 bond notes and R50. He was slapped and punched, before being “kicked out” of the vehicle which had come to a stop near a Trek garage in the suburb.

Over the weekend, Glenview police arrested another soldier, Shephard Magorimbo from the Presidential Guard, on extortion and fraud charges.

Officially, the government denies soldiers are committing crimes in the communities where they have been deployed, blaming the criminal activities on opposition supporters that it says stole army uniforms and guns.

Zimbabwe is under a virtual curfew. In the high-density suburbs, young men are routinely stopped, made to lie down and beaten while being accused of taking part in the January 14 protests triggered by a 168 percent increase in the price of fuel that was decreed by President Emmerson Mnangagwa.

Human rights groups say they have documented at least 17 killings, and 81 shootings to date.

News Muza Mpofu - 28 October 2020 0
South Africa's President Cyril Ramaphosa is self-quarantining after a guest at a dinner he attended later tested positive for Covid-19. The president is not showing...
Loading...