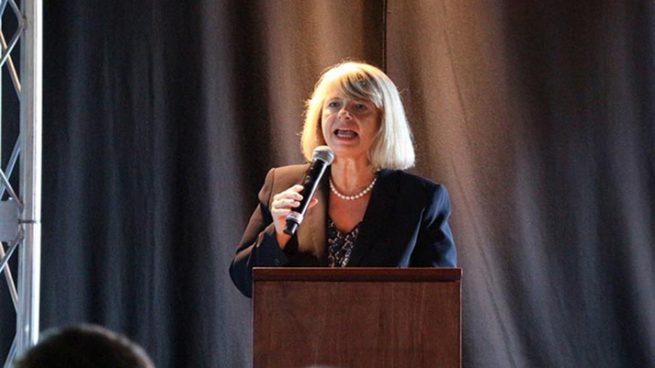 United Kingdom (UK) minister of Africa Harriett Baldwin has said her country is not considering removing sanctions on Zimbabwe, as it contemplates widening the embargo list to include officials in the army, after being angered by last month’s events, which saw at least 12 civilians fatally shot by the military.

The British government has all but lost confidence in President Emmerson Mnangagwa’s administration. Britain will also not support Zimbabwe’s debt clearance plan and would not back its application for readmission to the Commonwealth.

Finance Minister Mthuli Ncube is desperate to clear $2 billion worth of arrears to lenders such as the African Development Bank and the World Bank, and appeared to have secured a breakthrough last October when he presented his economic plan to EU countries in Bali. He hoped to clear arrears this year, which would allow Zimbabwe to access the new credit it badly needs.

Speaking before the International Development Committee, which was making an inquiry into the Zimbabwe situation as well as exploring steps that the UK can take in assisting the people of Zimbabwe, Baldwin, said actually her government was looking at increasing the number of individuals who are on the targeted list.

“The process of rolling up the EU (European Union) sanctions has come up and the UK has been arguing that it is not yet time for us to allow those to expire. And I think since the recent developments … we think there might be a case for widening it to include further individuals.

“We have been aware that the president has said that heads will roll, we haven’t seen any specific heads rolling, but that might be a good example of the kinds of people who could then be further extended and we could include in the sanctions regime,” Baldwin said, adding that the sanctions are targeted at specific individuals.

Zimbabwe has been calling for the removal of sanctions, claiming they have been inhibiting growth and significantly affecting the country’s economy in a negative way.

The country has been living in isolation for nearly two decades after the former president Robert Mugabe cut ties with the international community at the turn of the new millennium.

This was after he embarked on a bloody land reform programme that resulted in western countries including the UK and the US, imposing an economic embargo on Zimbabwe.

However, the western world had expressed goodwill to President Emmerson Mnangagwa’s government since Mugabe’s resignation in November 2017, hoping he would depart from his predecessor’s policies and respect human and property rights.

However, post-election violence, which saw the death of at least six people as well as the recent protests where 12 people were killed changed the narrative and the western world’s stance on Zimbabwe.

The recent developments where reports of rape, murder and torture of civilians by members of the security forces were raised, necessitated the International Development Committee to hold an urgent discussion on the situation in Zimbabwe.

“The Committee will first hear from a panel of academic experts before then questioning the minister for Africa, Harriet Baldwin MP, and the head of DFID Zimbabwe,” the organisation said about the discussion.

At least five people were called to give evidence on the situation and proffer recommendations on how the UK government can respond.

These panellists, however, said nothing had significantly changed in Zimbabwe, compared to the Mugabe regime, as the system was still intact. They further said Zanu PF was a system and individual changes did not mean anything to this complex organisation.

The group said there was need for the UK to assist the people of Zimbabwe through providing sustainable projects as well as funding key sectors like health and education, adding that most people are now living under the poverty datum line.