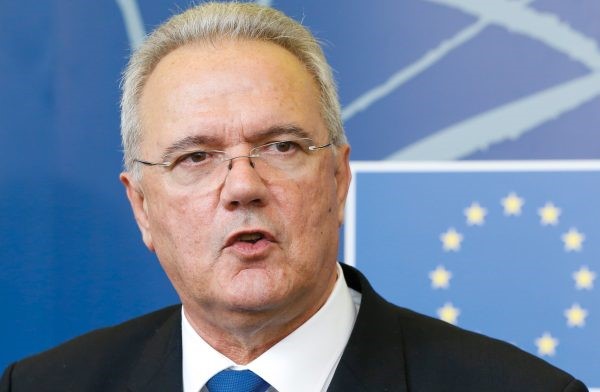 THE European Union (EU) has told President Emmerson Mnangagwa that the bloc would only consider extending aid to his government if the Harare administration met certain conditions that include respect for human rights and holding of credible elections.

This followed Mnangagwa’s meeting with the EU commissioner for international co-operation and development, Neven Mimica on the sidelines of the African Union summit in Addis Ababa, Ethiopia on Saturday where the two discussed developments in Zimbabwe, including the recent military crackdown on fuel protests, which left 17 dead.

Zimbabwe has held disputed elections since 2000 when the ruling Zanu PF party started facing strong opposition from the Morgan Tsvangirai-led MDC. The July 30 polls last year were no different.

The disputed elections deepened the economic malaise, while a security crackdown on post-election protests on August 1 last year and another ruthless suppression of demonstrations against fuel price increases of 150% drew comparisons with the dark days of former President Robert Mugabe’s regime.

Mimica, who was in Zimbabwe last year, using his official Twitter account on Saturday, announced the meeting with Mnangagwa who is under pressure over his administration’s reaction to the protests.

“In the margins of the AU summit, I met with the President of Zimbabwe ED Mnangagwa, a few months after my visit to Harare. We took stock of what has been achieved and agreed that more needs to be done, EU is ready to step up its support if conditions are met,” Mimica wrote.

The EU, which had been pressured by Britain to back Mnangagwa, has been pressing for a raft of changes, which include electoral law and security sector reforms. Britain last month said it regretted taking a soft stance on Mnangagwa, and vowed to pressure the African Union to independently probe human rights violations in its former colony.

In the EU’s electoral observer mission report, the bloc noted serious gaps that ranged from a poor legal framework to the role of the electoral commission.

The bloc did not endorse the elections as free and fair and pointed out that the results could not be verified or traced, adding that more needed to be done to create a
conducive environment for undisputed polls.

It also condemned the State’s heavy-handedness in dealing with the January demonstrations, and called on Mnangagwa to investigate the violations and bring the culprits to book.

Foreign Affairs minister Sibusiso Moyo confirmed the meeting with Mimica, saying re-engagement efforts by the government were still on track.

“Zimbabwe’s re-engagement efforts are still on track despite politically-motivated violence and the African Union (AU) is fully apprised of recent developments in the country,” Moyo said on Twitter.

Mnangagwa upped his diplomatic engagements ahead of the AU summit, dispatching emissaries to African countries to lobby for support after seemingly being ditched by Britain.

The President dispatched long-time diplomat and ally Christopher Mutsvangwa, with a special message to Zambia, while Agriculture minister Perrance Shiri met Kenyan President Uhuru Kenyatta ahead of the summit.

Mnangagwa last week missed a Zanu PF “thank you” rally in Mt Darwin and instead reportedly spent the day in office calling African leaders to apprise them about the situation in Harare, according to presidential spokesperson George Charamba.

Zimbabwe churches last Thursday sought to broker talks between the government and its opponents hoping to help the country to shake off its divided past over the political and economic crisis. MDC’s Nelson Chamisa attended, while Mnangagwa skipped the meeting.

Chamisa had the previous day declined to attend a meeting of presidential election candidates in last year’s poll called by Mnangagwa to agree on an agenda for talks. The opposition leader maintained that he won the July 30, 2018 poll and called Mnangagwa an illegitimate President.