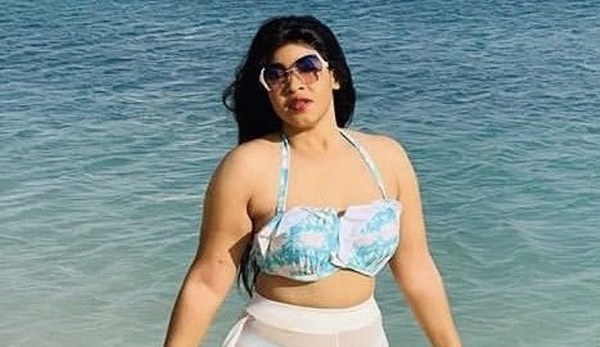 THE wife of the late opposition MDC leader Morgan Tsvangirai, has said Valentine’s Day is a poignant time for her, struggling to deal with the pain and grief of losing her husband.

Still a tall, voluptuous, imposing and graceful figure, Elizabeth Tsvangirai (nee Macheka) disclosed at a memorial event she hosted in honour of her late husband on Saturday that she was apprehensive at the thought of walking alone through Valentine’s Day on Thursday — the day she lost her spouse.

He had wed Elizabeth in September 2012 after a messy fallout with his ex-wife Locadia Karimatsenga, who was much loved by the family, especially by the late opposition leader’s mother.

Tsvangirai’s first wife Susan died in a car crash in 2009 shortly after Zimbabwe’s inclusive government was sworn into power.

In an exclusive interview with the Daily News, Elizabeth said the pain of letting go was hurting her, and she has had to experience the agony and heartbreak of losing her “lovely husband”.

On Saturday, Elizabeth handed over groceries to about 15 parents with physically-handicapped children at New Hope Foundation at a function attended by the mayoress of Harare Lydia Gomba.

She told the Daily News on the side-lines of the event that it hurts to be a widow on Valentine’s Day.

“I wish he (Tsvangirai) was here with me to celebrate Valentine’s Day because we were so close — you see. We had been married for a long time and had become so used to each other that I cannot avoid thinking about what we used to do, the good old days, you see. He was a great, yet such a lovely husband,” she said.

Elizabeth said she will continue to reach out to comfort the needy like what her late husband did all the time.

“His genuine love for Zimbabweans in general was exceptional hence I have chosen this day to also share with these children,” she said, adding that normally she donates in December for Christmas.

“It is because I wanted to honour my husband that I have chosen to hand over the little I have managed to gather this important month”.

Elizabeth says she is struggling to absorb the brutal fact of Tsvangirai’s death at the Wits Donald Gordon Medical Centre in Johannesburg where the former Prime Minister of Zimbabwe passed.

“I have chosen this time of the year (February) because during this time last year, I would not have imagined that I would be able to stand in front of people again because of what I was going through,” she told the Daily News.

“Tsvangirai was critically ill and we met difficulties I had never encountered before but God gave me strength until he passed on. The period made me realise that all that happens has God’s purpose and that I also had a purpose on Tsvangirai’s life.”

She declined to respond to some of the questions about her life saying she will only be able to do so after her husband’s memorial in three months’ time.

Tsvangirai’s daughter Vimbai Tsvangirai-Java posted on microblogging site Twitter that an anniversary memorial service to celebrate the life of Tsvangirai will be held on May 4, 2019 at Humanikwa Village, Buhera.

Tsvangirai’s death was almost overshadowed by a bitter family dispute that pitted his wife Elizabeth, with whom he had no children with, on one hand, and his children, mother and siblings on the other hand.

Elizabeth — cast as a villain throughout the funeral rites — played a peripheral role, with Tsvangirai’s mother at one time threatening to commit suicide if she was allowed to attend the funeral.

It was the same script during Tsvangirai’s last days in South Africa when the family also barred Elizabeth from visiting her husband as he battled the deadly cancer ailment.

Harassed by her in-laws since the time Tsvangirai was admitted to the Wits Donald Gordon Medical Centre in Johannesburg, Elizabeth, now 42, almost considered suicide as a flurry of accusations were thrown her way.

While in South Africa, she had to be sneaked in to see her dying husband.