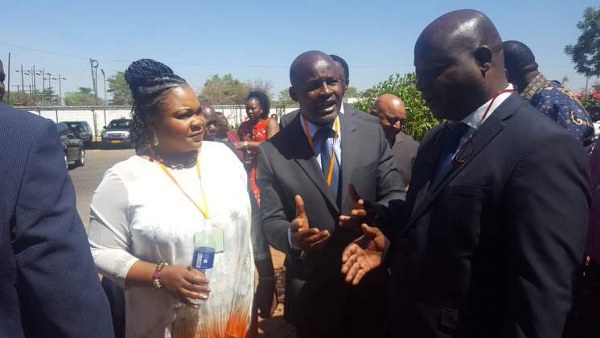 The Zanu-PF Mashonaland West provincial executive committee last weekend removed Cde Mary Mliswa-Chikoka from the position of treasurer and replaced her with Cde Reuben Marumahoko, after it was felt that she was no longer carrying out the party programmes.

The resolution was made at a provincial executive committee meeting on Sunday.

Cde Marumahoko’s elevation is subject to confirmation by the provincial coordinating committee set for this weekend.

In an interview after the meeting, provincial party spokesperson Cde Abia Munjere said the decision was unanimous.

“The Mashonaland West provincial executive committee resolved to pass a vote of confidence in the treasurer Cde Mary Mliswa-Chikoka as she was no longer carrying out party programmes,” he said.

“She was now engaged in programmes that were contrary to the party.

“The PEC resolved that Cde Mliswa no longer holds any position in the party, but will continue in her position in Government as Minister of State.”

Cde Mliswa was co-opted into the party from Hurungwe party administration district after then provincial vice chairman Cde Keith Guzah deserted the party after he lost the primary elections.

The committee received party programmes for the year from the provincial executives of the women and youth wings.