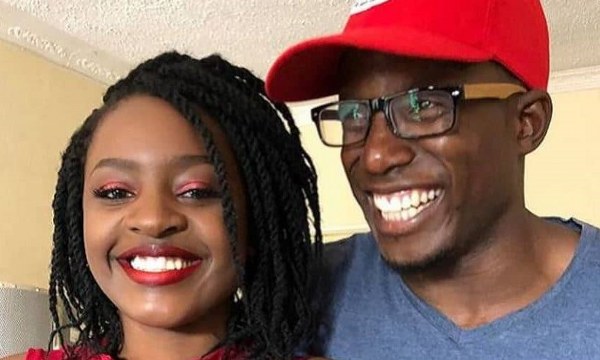 The Ndinyengeiwo girl – Lorraine Guyo – who last week made headlines after asking suitors to propose to her ahead of Valentine’s Day, still has no plans yet for the “big” day despite claims of having received over 7 000 messages from various prospects around the world.

In the video clip that was widely shared on social media and shot her to stardom, Lorraine was captured pleading with men to propose to her before the 14th of February (Valentine’s Day) as she did not want to be single on the day.

What was meant to be a joke according to Lorraine, however, went from zero to a 100 as a nude video of someone purported to be her surfaced, subsequently leading to her suspension by her employer, Meikles Hotel.

She also got a backlash from some members of her church as well as other members of society and actually wanted to commit suicide.

Speaking to Acie Lumumba during his The Lumumba Files (TLF) drive show this past weekend, the bubbly Lorraine opened up on the fiasco.

Explaining the video clip, Lorraine said the skit, her alter ego, was a “genuine” joke, adding that she has been recording such skits for a while.

“This is one of the many videos I’ve recorded. It’s just that this one made it’s way to the public but I’ve many of them. I’m very passionate about acting and recording my skits.

“I recorded this particular one as a joke for Valentine’s Day. Sadly, there were people who didn’t understand that it was a joke and blew the whole issue out of proportion.”

As a result of the video that went viral, Lorraine said she received 7 000 messages on her WhatsApp from various lustful people.

“I don’t know who put my number on social media. I received 7 000 messages on WhatsApp and actually had to block my Econet line as my phone was now crashing. These (messages) were from men who had liked what they had seen and wanted to be my Valentine’s dates.”

“Others claimed that they wanted to take care of me with some from outside the country even offering to facilitate a visa for me. Some sent messages to appreciate my beauty.”

But, it was not all who were interested in dating or complementing her as some hurled insults on WhatsApp.

“Some came to my inbox to shout at me, calling me a disgrace. The people from church also didn’t take it lightly as I was removed from our church WhatsApp group with our youth leader telling me he was disappointed.”

Because of the backlash and additional controversy spiked by the nude video, Lorraine said she contemplated committing suicide.

“The nude video affected me because it wasn’t me (on the video). I can’t even take a nude picture of myself, what more a video? So when people started saying I had a nude video, it hurt me to an extent of wanting to commit suicide.”

On her suspension from work apparently because of the high volume of traffic that was frequenting the hotel to see her as a result of the video, Lorraine, who works in the hotel’s Business Centre, said: “The suspension was fair to some extent as Meikles Hotel is one of the biggest hotels in Zimbabwe and one of the leading hotels in the world so they wouldn’t expect such things from their staff as they have a brand to protect.”

She, however, said she had since been reinstated and resumed work late last week. Asked about relations between her and her employer as well as work colleagues, Lorraine said most were glad that she was back at work.

Going forward, Lorraine said she would not stop recording her skits and is hopeful that someday, she will become a radio presenter.

“I’d like to be a radio presenter and have a show about relationships. There are people (girls) who fail to have people who propose to them so I’d like to assist them through the programme,” she said.

Seemingly still single, Lorraine, when asked about her plans for Valentine’s Day, asked Lumumba to be her date.

“I don’t have plans yet for Valentine’s Day so Lumumba, can you be my Valentine’s?”