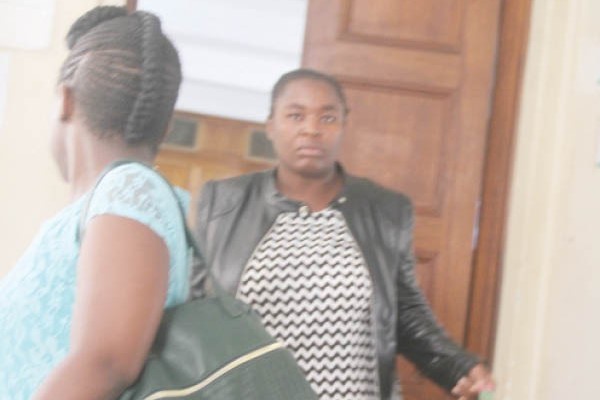 HERE’S a new sheriff in town!

A storm erupted in court when a Bulawayo woman brazenly told her lover’s wife that she was now her husband’s second wife and was the reason why her husband was supposedly giving her little attention.

Lesley Ngwenya employed as a till operator at one of the city supermarkets apparently chided her rival Sazini Moyo, employed at Bulawayo Polytechnic saying she should quickly come to terms with the discovery that they were now married to the same man.

This was in a case in which Ngwenya was seeking a peace order against Moyo claiming she was always harassing her.

“I am the applicant in this matter and the respondent is Sazini Moyo. We are married to the same man and she’s violent towards me. She is always insulting and threatening me. She is also coming to my workplace to harass me and embarrass me in front of my superiors.

The latest incident was on 11 November last year when she came to my workplace and insulted me in front of customers. I am now afraid that I might lose my job as a result of her conduct,” complained Ngwenya.

In response, Moyo who apparently felt that the foundation of her marriage was on the brink of collapse because of Ngwenya, irately dismissed her claims before labelling her a “home-wrecker”.

“My husband didn’t tell me that she is now a second wife. What I know is that she is in love with my husband and they have a child together. She is just after destroying my marriage. She is also not respecting me as she phones my husband around midnight,” responded Moyo.

In a bid to maintain peace between the two parties the presiding magistrate Tinashe Tashaya ordered them not to abuse each other verbally, physically and emotionally.

The magistrate also ordered them not to communicate with each other or visit each other‘s house and workplace.

News Cynthia Goba - 26 October 2020 0
A SOLDIER, who cloned a bank card and accessed $506 475 from an unsuspecting bank client’s account has been arrested and is expected to...
Loading...